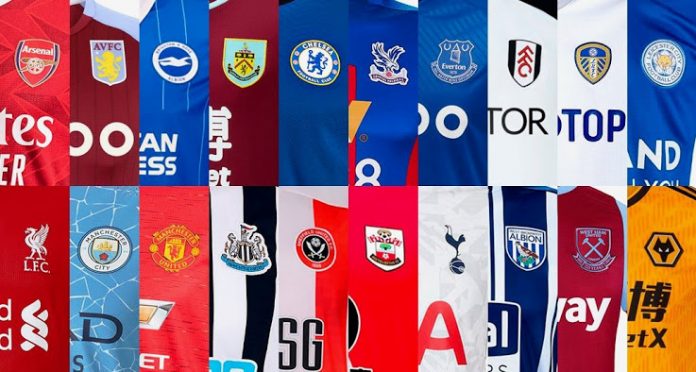 The Premier League kicked off a few weeks back but many teams are now getting ready for their 12th league game of the season. The top five features the champions and a few teams looking to win a title again after coming close or being out of the top of the

standings for a while. Here are the standings after 11 games:

Tottenham leads the standings after 11 matches played. Jose Mourinho’s team have come close to winning the league in the past but this is their best start in recent years. Tottenham have won four out of the last five games, with the other game being a draw. The club has only lost one game this season and currently have 24 points.

Next game: Tottenham vs. Antwerp. The first matchup between these two took place back in October and was won 1 – 0 by Antwerp.

The current league champions are tied with Tottenham at the top, despite suffering a number of injuries. The club is currently without big names such as Van Djik, who suffered an injury early on and will be out for a while.

Liverpool have won three of the last five games, with the other two being draws. The defense has been a bit shaky at times, with the club currently at 17 goals allowed. Seven of those goals allowed came in that shocking 7 – 2 loss against Aston Villa back in October.

Next game: Liverpool vs. Midtjylland. This is the last game of the Champions League group stage for both teams. Liverpool have pretty much secured their spot for the next round. Midtjylland’s first game against Liverpool was a 2 – 0 loss.

Chelsea is just two points back from the top of the league. The team has won four of the last five, with the other game being a draw. That draw came against Tottenham, the team currently at the top.

Next game: Chelsea vs. Krasnodar. Chelsea currently has 13 points in the Champions League group stage after four wins and one draw. The team has allowed just one goal in the group stage and has pretty much secured its spot into the next round.

Leicester City is off to a really good start, with seven wins so far. The club currently has 21 points and is just three points back from the top.

Next game: Leicester City vs. AEK Athens. Leicester City is coming off a 1 – 0 loss against Zorya Luhansk. The club has pretty much secured its spot in the next round but first and second have not been decided since Braga also has 10 points in the group.

Southampton has just taken fifth place in the league after winning a match against Brighton minutes ago. The team was down 0 – 1 early but bounced back, scoring two goals to take the three points. The win today put the team above Manchester United and Manchester City and also in a Europa League spot.

The EPL campaign has been extremely close so far, with first and tenth separated by just seven points. Three teams currently have 17 points while sixth placed Manchester United and seventh placed Manchester City have 19 and 18 points. Burnley, West Brom, and Sheffield United are currently in relegation spots with 6, 6, and 1 points.