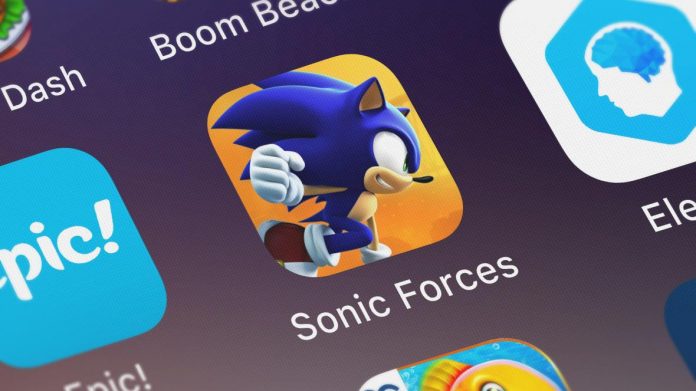 A six year old went on a spending spree while he was playing the game Sonic Forces on an iPad. The child, who spent more than $16,000 on in app-purchases, repeatedly acquired in-game currency for the game.

The discovery was made by his mother Jessica Johnson, who found a number of withdrawals from her credit card. The purchases were made over a series of months. The child spent a total of $16,293.10, with the purchases starting in July. Reports say the child started making in-game purchases of $1.99 a pack to $99.99 bundles. In early July, 25 charges were made to her account from the game. The charges were more than $2,500 but the child continued making more after.

Johnson was a little confused at first and had no idea that the charges could come from in-game purchases. She filed a fraud claim with Chase but was later told that the charges were real. She was told to contact Apple to see what could be done.

She contacted the company and they showed her a list of charges. She noticed that they had a Sonic icon, revealing that it was her son who was making the purchases. Apple refused to give her a refund because she didn’t inform them within 60 days of the charges.

She Claims She Didn’t Know

She explains that she didn’t tell the company on time because Chase told her the transactions were likely to be fraud. Johnson was not happy with the company’s response when she told them that she wouldn’t be able to make a mortgage payment. She was reportedly told by the support staff member that there is a setting and that she should have known.

AppleInsider reports that Johnson admitted she did not take precautions to lock down the account. But she claims she didn’t know about them, adding that she obviously would have done everything to stop him from spending almost $20,000.

Apple and many other services that take in-game purchases have numerous settings and options to prevent children and people accessing the device to make purchases. AppleInsider reports that Apple has offered a number of parental control options over the years.

He’s Not the First

The child is not the first to spend a large amount of money while playing a game. In recent years, there have been numerous reports of parents finding out that thousands of dollars have been spent from their accounts. In one case, a mother found out that she had no money after visiting a bank to make a withdrawal. She found out that her monthly salary had been spent on in game purchases by one of her children. Another incident left a man without the savings he was planning to use on a new home when he let a young family member play a game on his account.

In some cases, the companies solve the situation by refunding everything or part of the money. But Johnson’s case has not gone well since some time had gone by before she found out what was really happening.