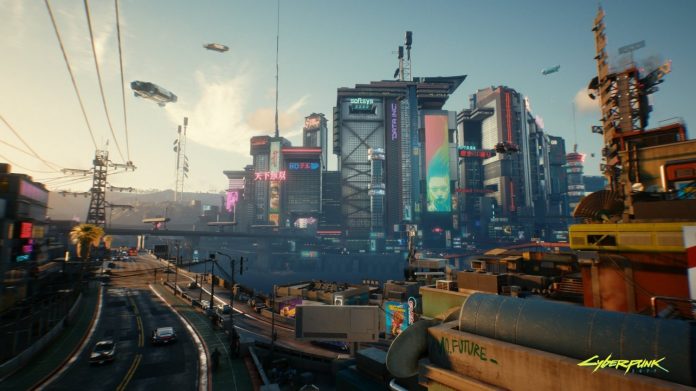 Cyberpunk 2077 is finally making its debut after multiple delays this year. But the upcoming action role-playing video game developed and published by CD Projekt will require some PlayStation 4 users to make room.

The game is now reportedly available as a preload in some parts of the world. The preload has caught the attention of some as it is a huge download on the PS4. Push Square reports that an image shared on reddit shows the game downloading on a PS5, with a file size of 102 GB.

The gaming site reports that the download appears to have both the game and at least one major update. The same poster who shared the image reveals that the patch notes say that improvements have been done for stability and performance.

It is not yet known if this will be the full install size but the information about it being over 100 GB makes this one of the biggest downloads on the PS4. The game, which is coming Dec. 10, will be released for several platforms but the information appears to be only for the PS4.

PlayStation 4 users will likely have to make room for the game, especially if they have a 500GB console. Cyberpunk 2077 appears to be a gigantic game, which means some users will be told they don’t have enough space once the download starts.

Huge Downloads On the PS4

The gigantic downloads have become more and more common over the last few years, making things really difficult for PS4 users. 500 GB consoles are no longer enough to keep several games, users often have to finish games and then delete to make room for another.

One of the biggest games on the console is the popular battle royale title Call of Duty: Warzone. The single player and multiplayer game based off the battle royale is Call of Duty: Modern Warfare, which was already a big download early on. The release of the free battle royale game made things even more complicated for PS4 users. The game often receives updates, taking more and more space.

Cyberpunk 2077 has been delayed several times but the title finally seems ready for its Dec. 10 release. The highly anticipated game, which was first announced back in 2012, entered pre-production when an expansion for The Witcher game was completed back in 2016. The game developer has shown several trailers and gameplay demos during the long wait.

Cyberpunk 2077 will launch for the PS4 and Xbox One in a few days. The game will be playable through the backwards compatibility feature found in the new consoles. It has been confirmed that owners of the game on the old consoles will be allowed to upgrade for free when they get a next gen console. The Xbox Series X and PS5 versions will be available some time in 2021. The Twitter account for the game said four hours ago that the game is now available for preload on Steam and Epic Games.

Have you preordered the title? Let us know in the comments.