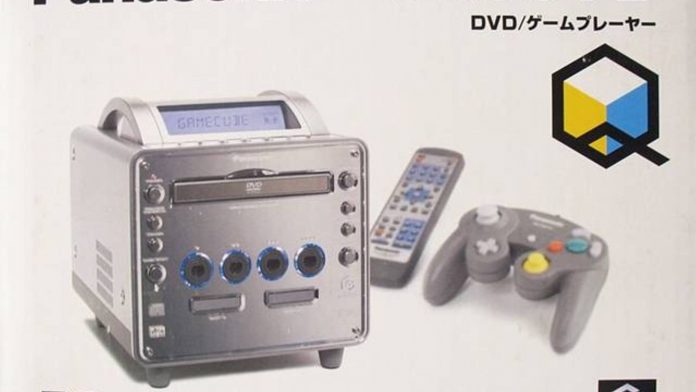 In the early 2000s, Nintendo had the GameCube as its main console. The gaming system offered some of the latest Nintendo exclusives, including Super Smash Bros Melee and Mario Kart: Double Dash. We all remember the GameCube for its unique design and controllers. But did you know that there was another version that offered a bit more?

Back in 2001, most countries had the regular Nintendo GameCube. But in Japan, there was another version of the GameCube known as the Panasonic Q. The gaming system, which never came to other countries, did exactly what the GameCube did but there was an extra feature.

At the time, other consoles had DVD players or companies were working to include one in their future systems. But the regular GameCube did not have one. The Nintendo console featured a small disc tray and games.

The Panasonic Q did feature a DVD player, making it a bit better than the version that was released in the rest of the world. The hybrid version of the Nintendo console is 19 years old now but at the time, its design made it seem like a much different console.

There are similarities between the two consoles, including the cube design. But the Panasonic Q was obviously the much better and more expensive option. Among the features of the Panasonic Q was the LCD at the top, a front-loading slot disc tray, and a stainless steel chassis.

The controller remained just about the same, with the only difference being that it said Panasonic on it. The GameCube was popular during its era and many still remember its exclusives that were so great to play, especially with friends.

The Panasonic Q was only released in Japan so the rest of the world never got to see the different version of the console. But the extra features appeared to not have been enough for it to continue. The console was discontinued back in 2003. This was way before the Nintendo Wii was released, which means it was a limited edition release or simply never had good sales to continue as some reports say.

Recent consoles such as the PS4, Xbox One, and Switch have all seen different versions throughout the years. But this is one of the few times we have seen different companies team up to release a console under a new name and with extra features.

Did you know about the Panasonic Q? Did you have a GameCube? What are your favorite games for that system? Let us know in the comments.