US Sanctions Company For Helping Maduro Carry Out Election 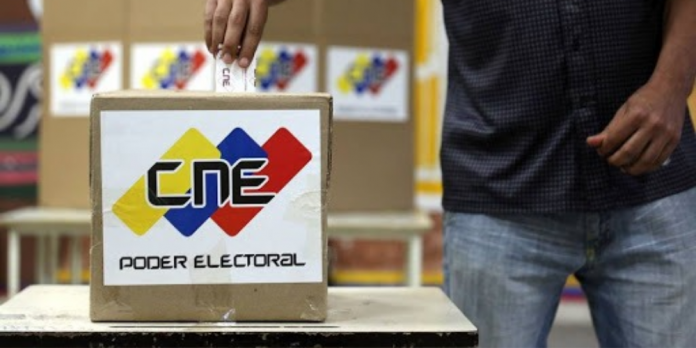 The Trump Administration has imposed sanctions on a tech company for helping Nicolas Maduro hold the legislative elections earlier this month. The election was held without most of the opposition after they decided to boycott.

Ex-Cle CA provided the Maduro government with voting machines and software for the election. The Treasury Department announced the sanctions through a statement released on Friday.

Secretary of State Mike Pompeo said that Maduro’s reliance on the company as well as another company that was sanctioned not too long ago should leave no doubt that the elections were fraudulent and do not reflect the will of the Venezuelan people.

The US also imposed sanctions against two of its officials, including the majority shareholder. The company that provided help to Maduro’s government during the Dec. 6 elections specializes in biometric ID systems.

Back in August 2017, Smartmatic, a company which had been working with Venezuela since 2004 on its voting system, said that the constituent assembly election results had been manipulated up by at least one million votes. Authorities said at the time that 8.1 million people had voted. The election was held shortly after Maduro’s government lost control of the national assembly.

The elections were a major success for the Maduro government, who won most of the seats. But experts have their doubts on the elections after the opposition announced a boycott. The boycott came after his government appointed a new election commission.

The previous legislative elections, which were held in late 2015, showed a much different result. At the time, the Maduro government suffered one of its biggest defeats, with the opposition winning the majority of the seats. The elections came with controversy as the opposition accused the government of attempting to deny the win of some of the candidates so it would lose the absolute majority.

Since then, the Maduro government has swept all of the elections. In early 2018, Maduro participated in the presidential elections and won by a wide margin. The election was boycotted by part of the opposition and several countries did not recognize the results. The situation then led to Juan Guaido taking over as interim president in January 2019.

Maduro claims he is the legitimate president after winning the elections in 2018. But most of the international community does not recognize the results and sees Guaido as the president since the election did not have most of the opposition candidates and it was held months before it was scheduled to take place.

Venezuela remains in the middle of a political and economic crisis has that forced millions to flee the country. The situation has sparked a crisis in the region, with Peru, Colombia, Chile, Ecuador, and many other countries seeing the arrival of many Venezuelans.