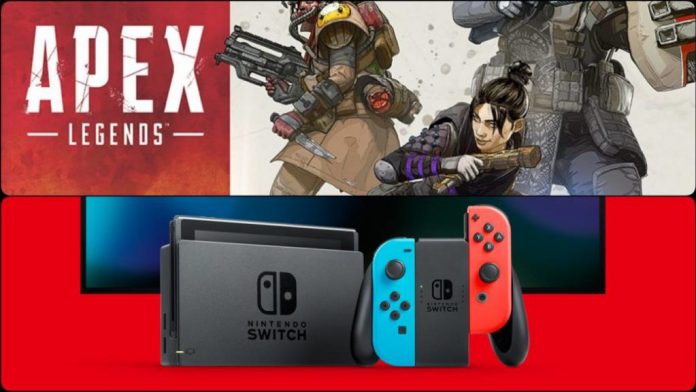 There is another piece of information that appears to suggest that battle royale game Apex Legends will be released on the Nintendo Switch next month. This time, the information comes from an Amazon Japan listing. The listing, which is for the Apex Legends Champion Edition, has a release date for February 2, the same day in which Season 8 is scheduled to launch for other platforms.

The Champion Edition, which launched a few months ago, has a price of $39.99 on other platforms. The battle royale game is a free to play title but the Champion Edition offers players the chance to catch up on the game without having to play hundreds of matches. With the game, players get most of the legends right away. Legends are usually unlocked with Legend Tokens, which are earned by simply playing the game. The edition also comes with a few other extras, including some exclusive skins.

The February 2 release date for Apex Legends on the Switch has been rumored for a few days now. A few days back, rumors also pointed to the same date after the translation team posted some information that suggested that the game would come to the Switch on the day of the Season 8 launch.

EA and Respawn have not confirmed if the game will arrive to the Nintendo system on that date. But all the information points to a release date very soon.

Apex Legends for the Nintendo Switch was announced last year during the EA Play Live event. The event saw major announcements for the battle royale game, including crossplay support, a Steam release, and the Switch release.

Crossplay came to the game a few months later and so did the Steam release. But the Switch version was reportedly delayed and there were hopes that the game would arrive with Season 7. But the season is almost over and it now seems that the game will come at the launch of Season 8 or some time after.

EA and Respawn have yet to reveal details on how the Switch release will work with other systems. The battle royale game now features crossplay and many Nintendo Switch users are wondering who they will play with or against. Xbox One and PS4 players are automatically paired but things change if they invite a PC player. Bringing one to the team puts them against other PC players.

Season 8 of Apex Legends is just around the corner. Over the last few days, Respawn has dropped a couple of trailers to give a story on the new Legend, Fuse. The upcoming character has appeared in both trailers, including the one released today.

Many changes are expected to come with the new season. Respawn has already confirmed through its trailers and posts that the Kings Canyon map will see major changes with the arrival of Fuse.

Apex Legends is available for the PS4/PS5, Xbox One/Xbox Series, and PC. Are you waiting for the Switch release? Let us know in the comments.