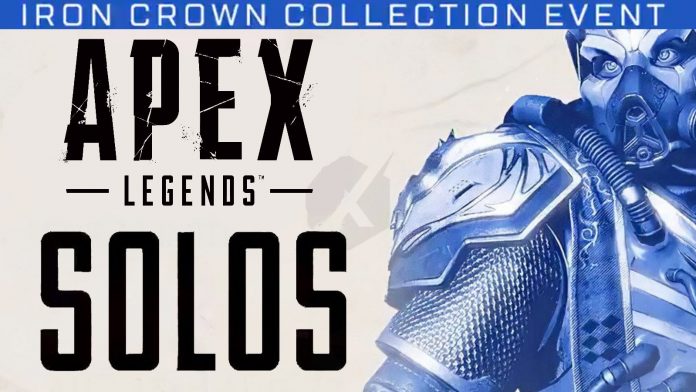 Respawn’s battle royale title Apex Legends is currently near the end of Season 7. But the team behind the game has not changed its position on one request that part of the community often makes.

That request is a solos game mode, which has only been featured in the game once. A fan recently asked the official Apex Legends Twitter account about where they stand on a solos or no fill option on duos. The account simply replied with the patch notes from the Old Ways Event, which launched last year.

Solos Was Featured Once In 2019

Solos was part of the game in 2019 but that only happened for a few weeks. The event with that game mode was Iron Crown, which brought a number of cosmetics as well. It has been nearly two years since the event featured solos but that hasn’t stopped people from requesting it on reddit and social media.

Many other battle royale games have the mode but Respawn’s data has convinced them that the mode didn’t have a great impact on the game. Apex Legends features characters that all come together when they are in groups, making the abilities in solos almost useless. At the time, players seemed to be using mostly Pathfinder, who had not seen an increase on his grapple time yet. The famous robot from the Apex games gave players one of the best abilities as they could grapple out of battle or zipline to a higher place.

Many Limited Time Modes But No Solos

Part of the community has requested the mode because they want to have something where they could play alone or simply avoid the random teammates. But this response once again suggests that the team is not thinking about adding the mode any time soon.  Apex Legends currently has three modes, Ranked, Duos, and Regular Matches. There is no button for no fill, meaning players have to play with random teammates.

The team has released a number of modes since the Iron Crown event. In almost every event, we see a brand new mode or the return of other modes that have been available in the past. The only one that has not returned is Solos, which was available when Kings Canyon was the only map in the game.

Apex Legends is currently near the end of Season 7 so the team is likely working on some improvements, changes, and the addition of a new Legend. The current season introduced a new map and Legend. Apex Legends is currently featuring the Fight Night event, which expanded on Pathfinder’s story. The event also brings a number of free rewards that can be unlocked for completing challenges and some cosmetics that can be purchased with Apex Coins or crafting materials.

Apex Legend is available for PC, PS4, and Xbox One. The game can also be played through the backwards compatibility option of the PS5 and Xbox Series consoles. A Switch version is rumored to be coming some time this year.