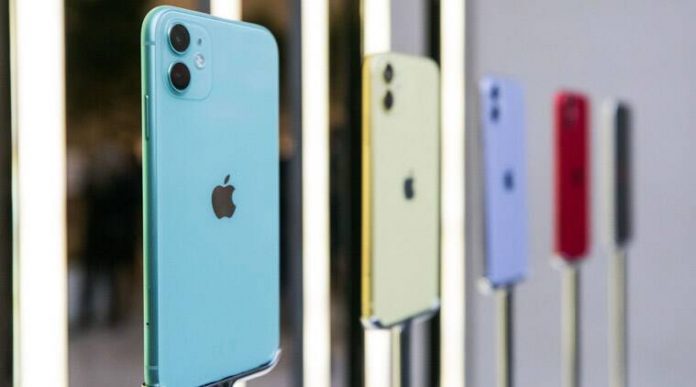 Foldable phones are still expensive and uncommon since only a few companies have decided to release one. Motorola, Samsung, and Huawei are among the few that have decided to take a chance at the technology. But the future could be very interesting as reports point to Apple working on a foldable device. Over the last few days, reports have brought up signs that the company is interested on this technology.

Just a few days ago, The Verge brought up an interesting report from Bloomberg. The report mentioned that the company has started prototyping foldable screens internally. The report also mentions that a finished product is likely years away.

Apple hasn’t really said if it plans to release a foldable phone. But recent reports indicate that the company wants to participate in the race, which is currently filled with foldable phones such as the $1,980 Samsung Galaxy Z Fold and the Huawei $2,400 Mate X.

A couple of weeks ago, Macworld brought up a report from Economic Daily News that says that the company has two folding iPhone prototypes moving their way through development. According to the report, the company is working on two to release just one to the market.

One of the devices reportedly has a dual screen design while the other opens up like the Galaxy Z Flip or Motorola Razr. The report adds that the company is testing the phones at its Foxconn factory in Shenzhen to measure the durability of the hinge.

The durability of the hinge and tech featured in the folding display has been one of the big obstacles for phone makers. This report indicates that Apple is doing everything it can to avoid any issues when there is a launch in 2022 or whenever they plan to have one in the market.

How It Started: Royole and Others

The foldable phone race began back in 2019 when Royole, Samsung, and Huawei released their devices. Royole was the very first to announce and release a foldable device. Samsung was planning to release its Galaxy Z Fold in early 2019 but that changed when reviewers found some issues with the technology. The phone was delayed and released in late 2019. Huawei’s Mate X was also delayed but released in late 2019 too.

Foldable phones are still new to the market and while they are quite expensive, many would certainly think about buying an Apple foldable since the company’s iPhone is among the most popular phones out there. Apple hasn’t really confirmed anything and the reports make it clear that everything is still in early stages, so don’t expect to see an Apple foldable device this year. We’ll keep you updated when there is more on Apple foldable devices.

Do you want to see a foldable iPhone from Apple? Let us know in the comments.