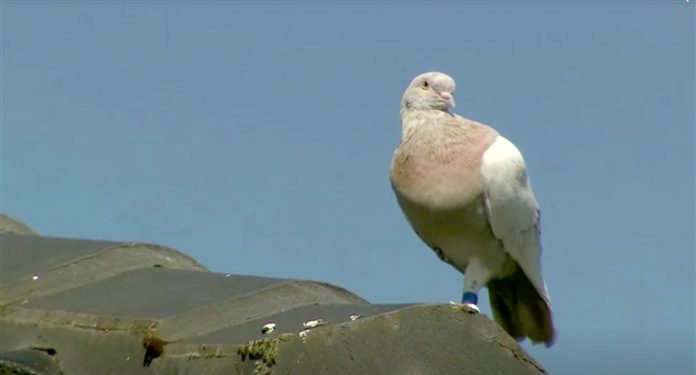 The racing pigeon that went viral for making a long trip from the US to Australia will be spared after it was found that the leg tag was not real.

The story began when it was revealed that the pigeon had traveled from the US to Australia. The racing pigeon seemed to have made the long trip since the person that spotted it noticed that it was hungry and weak.

The bird was later given the name Joe, after President elect Joe Biden. But the bird’s story was just getting started since it was later reported that it was facing a death sentence. The story of the bird spread quickly on the internet and many wanted to know what was going to happen.

The bird was found back on December 26 by building inspector Kevin Celli-Bird. He saw the bird fly into his backyard with a band on his leg. He took the pigeon and noticed that it was not in good condition. He fed the pigeon so it could recover.

He then started searching about the pigeon because it had the band on the leg. He noticed that the band matched those of a bird from an Oregon pigeon race that started back in late October. He also found that a male bird had gone missing.

The search from the man continued, with him contacting the American Pigeon Racing Union. Their response was that the bird belonged to someone from Alabama. After finding all this information, he and his friends discussed a name for the pigeon.

Bad News and Then Good News for the Pigeon

They discussed names and decided to name him Joe. The story spread on the internet and it didn’t take long for authorities to make a decision. Authorities, who believed that the bird had arrived on a cargo ship, said it “posed a direct biosecurity risk to Australian bird life and our poultry industry.”

Local media reported on Thursday that the plan was to euthanize him. The news weren’t good for the pigeon but things changed quickly. On Friday, reports surfaced that Joe was probably not American. A local pigeon group said on social media that it had seen plenty of local birds in the area wearing that band. The organization believes that the bird was simply wearing a knockoff American ring.

Highly Likely To Be Australian

The whole thing remains surrounded by mystery as no one knows why the pigeon was carrying that band. Australia has strict biosecurity laws and news didn’t seem to be good for the pigeon. But Joe was lucky that more information was found.