Caviar Is Back With a New Custom Product, This Time It’s a PS5 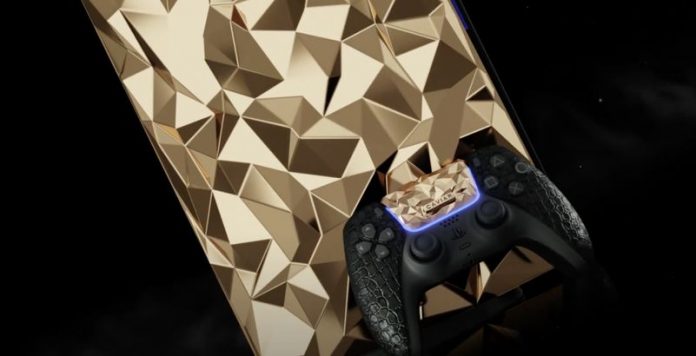 Luxury brand Caviar is back with another super expensive custom product. But this time, it is not a smartphone or an accessory for one. The latest custom product from the brand is actually a Sony PlayStation 5 console.

Caviar recently put up its ”Golden Rock” PS5 on sale but if you have been keeping up with the releases from the brand, you probably know that it comes with a super high price tag. This custom PS5 is pretty expensive but there is something else you should know, the brand is only making one.

Gold and Other Materials Used

The brand’s custom PS5 has 44 pounds of gold that comes with a controller also made of gold and crocodile leather. The process to create this one of a kind custom PS5 appears to have been a long one as the company explained how it all happened. Here’s what they said on the custom PS5 (from Comicbook):

“The case of this exclusive gadget is made in the original jewelry technique, which adds volume and texture to the model,” writes Caviar of the console. “The inspiration for the designers was the unique geometry of the gold ore and the graceful, beautiful outlines of the rock. That is why the console was named Golden Rock.”

The brand has not announced the price of this console but we all already know that it’s going to be extremely expensive, probably more expensive than any other recent release from the brand. Comicbook estimates that the gold used in the system alone puts the price at over $1 million.

This will probably be the most expensive PS5, unless the brand decides to take things to another level and create a more expensive custom system. In the past, the brand has returned with even more expensive products, especially for the iPhones. Those aren’t as expensive as this PS5 so it will take something really unique and rare to top this custom edition.

The PS5 was released back in November 12 in the US and many other markets. The gaming system remains very difficult to find and buying one through retailers is nearly impossible as they usually sell out in seconds or a few minutes.

Caviar is not the only one that has tried to release a custom PS5. SUP3R5’s website recently held a sale for a PS5 with a black PS2 theme. The consoles reportedly sold out in minutes but things didn’t go well for the sale. Some reported issues such as being charged for the console even though they never received a confirmation of the purchase.

The website later decided to cancel everything after experiencing issues and receiving threats. Gaming news sites even spotted that the company shut down its Twitter account. The consoles were being sold at a price of $649, which is much lower than what the Golden Rock PS5 from Caviar costs. Sony hasn’t said if there will be more color options in the future.