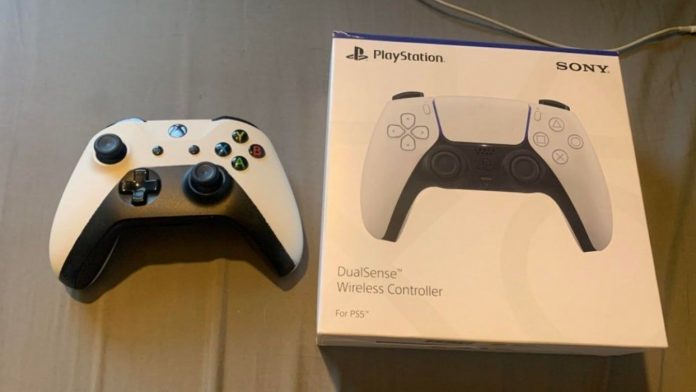 The PS5 DualSense controller was ordered and delivered but the user was surprised by what he got. The user took reddit to show what he got in the order. In the image, the user shows a PS5 controller box along with an Xbox Series X controller.

The order came with an Xbox Series X controller and not only that, the controller was painted to make it seem like the real controller from Sony. The differences are too much but whoever was behind this order attempted to make the theme as close to the PS5 controller as possible.

It is unclear what happened after the user noticed that it wasn’t what he ordered. We guess the user contacted eBay to let them know about the order and get a refund. There are no more details on the story but the image is enough to show what happened with this order.

The reddit user is not the first to get a totally different order. Back in December, a story of a Utah man went viral after it was revealed that he had received a concrete block inside a PS5 box.

The man purchased the console on eBay less than a month after its official release in the US. The purchase was made on eBay, where scalpers have been selling the consoles at a much higher price. The man paid a whopping $878 for the console and later received the order. He opened the box and noticed that there was only a concrete block inside.

Reports say the man contacted authorities and they suggested to contact eBay since he was under the buyers/sellers protection, meaning he would probably get a refund. His story came at a time in which PS5 consoles were even harder to find. The Sony console remains extremely difficult to find but retailers have recently held more and more sales.

The Utah man is not the only one that received a different item for his PS5 purchase. Around the same time, there were stories of other buyers getting bags of rice or a grill instead of a PS5. Those stories came from Amazon UK customers.

The PS5 was released on November 12 in the US, Canada, Japan, and many other markets, and November 19 in the rest of the world.