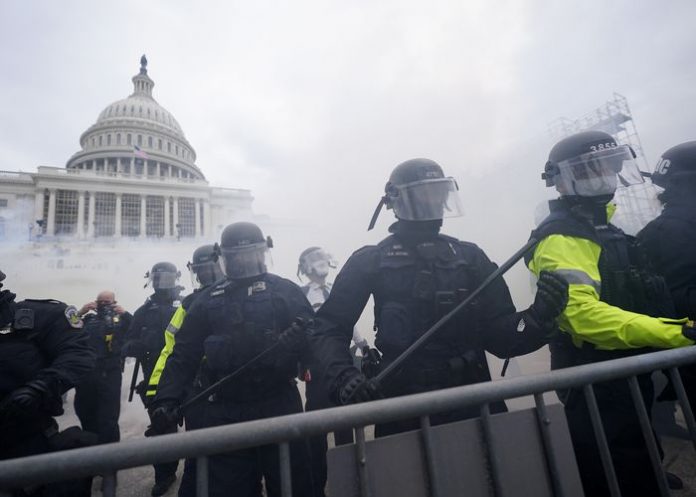 Companies are taking action following the incident at the US Capitol a couple of days ago. Several people seen in the videos or the posts they made themselves during the day have lost their jobs.

CNN reports that one of the people that lost their job is Rick Saccone, a former Pennsylvania state rep. The news site reports that he shared images on Facebook when he was outside the capitol. Officials at Saint Vincent College, where he was a professor, began an investigation shortly after.

Michael Hustava, one of the Saint Vincent College officials, said this to CNN:

“As a result of that investigation, Dr. Saccone has submitted and we have accepted his letter of resignation, effective immediately. He will no longer be associated with Saint Vincent College in any capacity.”

Saccone spoke with Tribune-Review and said that he had been there for 21 years but that he didn’t want the terrible media kerfuffle to tarnish the school so he just resigned. The former state rep posted a number of videos on his Facebook page. The videos showed the crowds outside the capitol.

Another person that lost a job was seen in one of the videos and pictures that circulated on social media and news reports early on. The man is seen wearing a Trump hat and holding a Trump flag as well. He entered the building with the company badge and the company identified him shortly after.

The man was working for Navistar, a marketing company located in Maryland. The company provided a statement to CNN:

“While we support all employees’ right to peaceful, lawful exercise of free speech, any employee demonstrating dangerous conduct that endangers the health and safety of others will no longer have an employment opportunity with Navistar Direct Marketing.”

A Texas lawyer is also without a job after social media posts appeared to show him speaking about his participation in Wednesday’s events. Later on, he made other posts talking about peacefully demonstrating and trying to clarify that he mentioned going into the capitol as a voice protest and not in any violent way. On Thursday, the company he was working for tweeted that he was no longer with them.

The incident left five people dead, including a police officer. Family members and authorities recently confirmed more details on the deaths that happened on Wednesday. Among the dead is officer Brian Sicknick, who was reportedly struck in the head during the incident. Reports say he was struck in the head with a fire extinguisher while physically engaging with the rioters.

He returned to his division but collapsed and was rushed to the hospital. Sicknick died on Thursday after being removed from life support. Reports say at least 60 capitol police officers suffered injuries.

The other four deaths are said to be Trump supporters who entered the building. One of them was Ashli Babbitt, who was shot by a capitol police officer. The Guardian reports that she was among the group of people seen attempting to break down the doors of the US Senate chamber.

Benjamin Phillips had a stroke and died but authorities have not confirmed any details on when it happened. Kevin Greeson died of what reports say was a heart attack but they don’t know at what point it happened. Rosanne Boyland’s death was unclear at first but family members later said she was crushed in the melee.