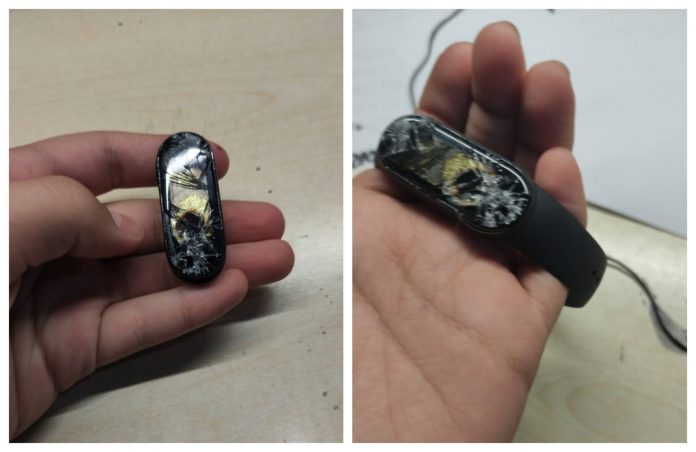 A reddit user has made a post to complain about her Xiaomi Mi Band 5. Michele Costa has been posting images of what appears to be a completely destroyed Xiaomi Mi Band 5. Costa claims her device exploded while it was being charged on a table.

The image, posted by Notebookcheck, shows the device with a number of cracks on the screen. Part of the screen appears to be burned in the middle. The tech site reports that Costa did admit to throwing the wearable on the floor and stepping on it once it caught fire. This probably means that not all the damage seen in the image was caused by the explosion.

The tech site goes on to explain that it still seems to be a hardware issue and not a user issue. Costa claimed that the device was being charged by the official cable that came with it.

Costa has contacted the company about the incident with the device and has already sent it back to Amazon. It is clear that there won’t be any repair for this one since there is heavy damage on most of the screen.

Costa is one of many people who have had incidents with these types of devices in recent years. Her incident was also a minor one compared to others that have been reported on. Some years back, a man was in the news after a smartphone caught fire in the pocket of his shirt. In other incidents, users have reported their smartphones catching on fire while charging or while in their pockets.

The incident with the Mi Band likely reminds some people of the whole situation with the Galaxy Note 7 a few years back. Both are completely different devices but Samsung’s smartphone was repeatedly in the news after users began reporting that it was catching on fire.

Xiaomi launched the Mi Band 5 in China back in June. The release took place in other markets the following month. The Mi Band 5 is a fitness tracker that is competing against many others. But its main attraction is that it offers some solid features at a really low price.

The Mi Band 5 can do things such as heart rate tracking, step tracking, and sleep tracking. The wearable also comes with some features such as iOS and Android support, music controls, and notification support.