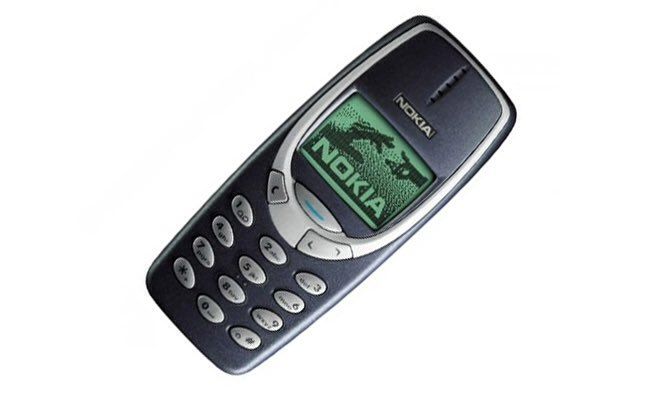 Today’s smartphones are great, they can do many things and storage a lot of pictures and video. But there is one thing that many smartphones have in common, they are very fragile. One drop without a case usually means a cracked display or something worse.

Back in the days, that wasn’t a problem, at least for the Nokia 3310. The Nokia 3310, released in September 2000, is far from having the latest in tech. But those who owned one at the time remember how durable this phone was.

The Nokia 3310 was out during a time in which text messages and calls were really the only big features of a phone. The Nokia phone also had some games to keep users entertained for a little bit. But that was about it, there was no GPS, email apps, or settings to change the wallpaper or notification lights.

The Nokia 3310 arrived with a number of color options and a keypad that allowed people to easily send a text message. Some people got so used to the keypad that they could send text messages with one hand.

The Nokia 3310 didn’t have any major features, it was simply a phone that allowed you to make calls and send messages. But the phone is still remembered for being so durable.

The phone arrived with a plastic cover that is nearly unbreakable. A small drop would leave some damage on the plastic cover but it would not completely ruin the phone. The phone is so durable that a big drop usually makes the phone split into several pieces, including the battery falling out. But if you owned one at the time, you probably picked up the pieces and put the phone back together as if nothing really happened.

The phone’s durability has sparked so many memes over the years. Some YouTube videos have also done some crazy tests to show just how durable the phone is. If you’ve looked up videos on YouTube about the phone or other devices being tested, you’ve probably seen some YouTubers test the Nokia 3310 by running over it with a car or dropping the phone from a place where a smartphone wouldn’t survive.

The Nokia 3310 was so good that it even saw some enhanced versions in a few regions. But most people usually remember the Nokia 3310 as the indestructible phone.

Back in 2017, Nokia answered to the Nokia 3310 return requests by releasing a similar version. The new model comes with some upgrades, including a 2.4-inch color display, 2 MP rear camera, and a microSD slot. Some reports said at the time that the phone received great demand and was sold out in many markets.

The Nokia 3310 returned in 2017 but it would not be the only classic to return from the company. The following year, the company did something similar with another popular phone. Nokia is currently in the smartphone business but fans of the old devices are usually waiting to see if the company is going to bring back more of the classics.