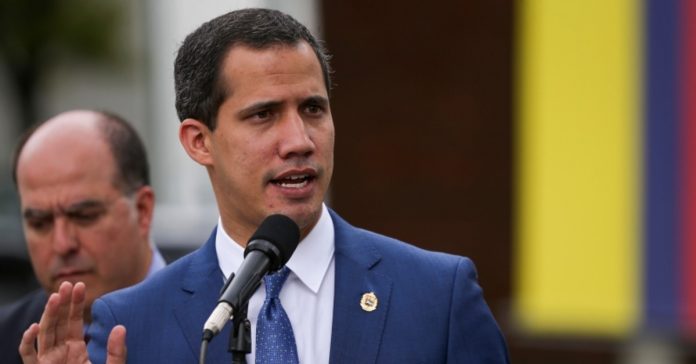 The EU said on Wednesday that it can no longer recognize Juan Guaido as the country’s interim president after losing his position as the head of parliament. The opposition leader is still considered the interim president by the US and Britain.

The European Union confirmed that it no longer recognizes Guaido but at least two diplomats made it clear that EU still doesn’t recognize Maduro as president of Venezuela.

Juan Guaido took over as interim president of Venezuela back in early 2019. The opposition leader stepped in to hold the presidency until there were elections. Guaido became the president after the opposition said that Maduro’s term had officially ended.

The previous year, Maduro held a presidential election without many of the opposition candidates. Popular candidates such as Leopoldo Lopez and Henrique Capriles were not part of the election. Maduro won the election by a wide margin but most of the international community questioned the results. Part of the media also questioned the results since voting centers were seen with low attendance throughout the day.

Guaido stepped in as interim president and many saw the move as a strategy to put pressure on Maduro. The PSUV party leader says he is the legitimate president of the country after winning the election in 2018.

Guaido came in at a time in which the opposition held most of the National Assembly. In 2015, the opposition had one of its biggest victories, taking a large percentage of the seats. The win sparked a controversial move from the government, which announced a constituent assembly.

A few weeks ago, the government held an election for the National Assembly. The opposition, which partially boycotted the election, lost the majority and the government took control.

An EU statement on Wednesday threatened to bring more sanctions against Maduro’s side. The new assembly began working on Wednesday, leaving the opposition without the only body it controlled.

Guaido has been one of the strongest opposition leaders in recent years. The former National Assembly president has pushed to bring humanitarian aid to the country and support from other countries. But the strategy to pressure Maduro has not worked since he remains in power and now controls the National Assembly.

Venezuela continues to be in an economic and political crisis that has forced millions to flee since 2015. The situation has created a crisis in South America, with many countries struggling with the amount of Venezuelans coming in to find a better life.

The EU is the only side so far that has announced that it no longer recognizes Guaido as interim president. Guaido recently thanked the UK on Twitter for the support and retweeted a post from a Venezuelan official account that confirmed that the country would continue recognizing him and his National Assembly.