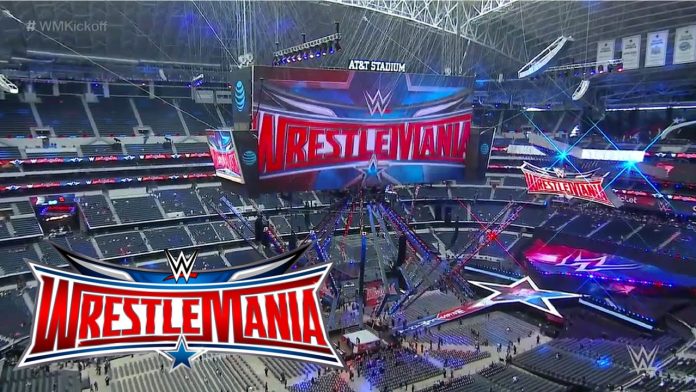 WWE WrestleMania 37 is just around the corner and the wrestling giant has some big plans for the event. This year’s event will not only feature big matches, like every year, but also the return of a live audience.

WWE has not had a live audience since the early days of the coronavirus pandemic, which saw many sporting events suspended or cancelled in the first few months of the year. But Stephanie McMahon spoke with TMZ Sports and she revealed that they plan to have fans in attendance for the big event.

She said this to the sports section of the site:

“I’m thrilled and excited because, hopefully, this will be the first opportunity for us to have our fans back in attendance,” McMahon says.
“That’s the current plan. Of course, ticket information is not available yet cause we’re still trying to figure out all the machinations.”

McMahon explained that they are going to look at the next Super Bowl, which will be held in the same stadium located in Tampa.

“We’re going to learn a lot from [the NFL] logistically, etc., and really best practices, what works, what doesn’t work. But man, we can’t wait to come in and for 2 nights, really rock that pirate ship.”

WWE’s time during the pandemic has been a bit different. The wrestling giant has continued to have its weekly episodes of NXT, SmackDown, and Raw. But those events have been held without an audience. TMZ Sports points out that the last time the company had a live audience was back on the March 9 episode of WWE Raw.

During that time, the company has featured an empty arena or talent in the crowd. Last year’s WrestleMania saw big changes since it came when the pandemic had just started. The big event did not feature a live audience and was instead held in the performance center.

The event also saw some changes in the matches but it went on to feature big battles between The Undertaker and AJ Styles and Edge and Randy Orton.

In the last few months, the company has been holding its episodes with a virtual videoconferencing crowd known as WWE ThunderDome. The location is set up with a number of screens that display virtual fans. The concept is similar to what we saw during the end of the NBA regular season and playoffs with virtual fans along the court.

WWE WrestleMania 37 is currently set to take place at Raymond James Stadium on March 28. There are currently no matches confirmed but the company has a little over two months left. This means we will soon start seeing challenges and feuds in episodes of SmackDown, Raw, and maybe even NXT. We will keep you updated when there is more on WM 37.