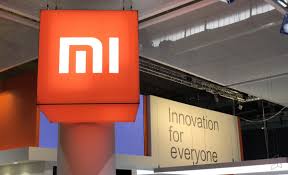 On Thursday, the US Defense Department added nine Chinese companies to a list of companies the agency claims are owned or controlled by China’s military. The announcement of the restrictions prevents the companies from getting American investment.

The list includes smartphone giant Xiaomi, which has a huge presence outside the US. The announcement is bad news for the company, which is among the top five largest smartphone makers in the world. CNN reports that the company saw its stock drop by ten percent in Hong Kong on Friday.

The restrictions include other companies such as state owned Chinese plane maker Comac. The US Commerce Department also placed CNOOC, the country’s largest offshore oil producer, on another list that cuts it off from American supplies and technology. The company was already on the list that other companies were placed in.

“The company confirms that it is not owned, controlled or affiliated with the Chinese military, and is not a ‘Communist Chinese Military Company’ defined under the [National Defense Authorization Act].”

The move comes as Joe Biden is just days away from taking office. Experts think the restrictions could complicate China – US relations for the new government.

Xiaomi becomes one of the several giants that have been added to a restrictions list by the US in recent years. In May 2019, the US announced restrictions against another Chinese smartphone giant, Huawei. At the time, it was revealed that the company would not be allowed to work with US companies.

Recent Restrictions From the US

The restrictions were a huge change for the Chinese company, which could no longer work with US companies such as Google and Facebook. The search giant, which is behind the Android operating system, no longer features its service on Huawei smartphones.

Recent releases such as the Mate X, Mate Xs, P40, and Mate 30 do not have apps like Gmail, Google Maps, or YouTube. The restrictions were extended last year and the company has made moves to make a change. Last year, the company announced its own operating system. The operating system was initially believed to be for other Huawei products. But in recent months, the company has made it clear that it will also feature its Harmony OS on smartphones.