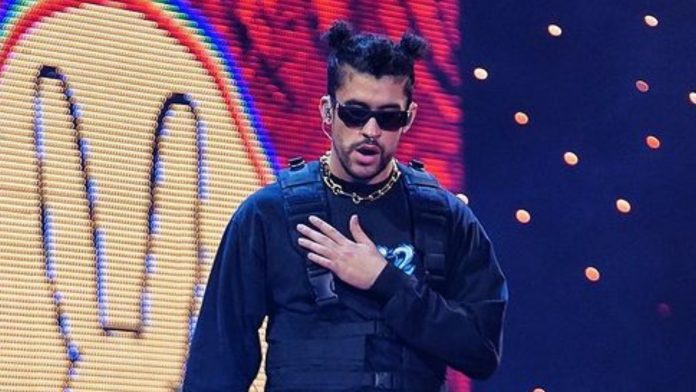 Reggaeton artist Bad Bunny was training at the WWE Performance Center in Orlando on Tuesday, according to reports. The artist was reportedly training in the ring and getting ready for what rumors say will be a PPV match against The Miz and John Morrison.

The match is rumored to be happening later this year, according to PWInsider. The artist has already made two appearances in recent days and he is now rumored to be making an in-ring debut. Bad Bunny has said in the past that he is a wrestling fan.

Reports say the company plans to have Bad Bunny make more appearances. A few days back, it was rumored that there are plans to have him be part of WrestleMania 37, the company’s biggest event of the year. There are even rumors of him having a match during the event.

Bad Bunny made his first appearance during the WWE Royal Rumble. The artist was announced as part of the event but there was more than just a rapping performance. The artist initially made a performance with Booker T standing on the stage. But things got heated when The Miz left the ring to destroy his DJ setup. The segment later saw Bad Bunny confront The Miz and Morrison during the Royal Rumble match. The appearance from Bad Bunny distracted the two, who were eliminated by Damian Priest. Bad Bunny then came over to the top rope and finished his appearance with a splash on the two.

He was then invited to be a guest for the MizTV segment on WWE Raw. The Miz and Morrison tried to calm the situation but they expected an apology from the artist. The segment saw the main roster debut of Damian Priest. Bad Bunny then appeared ringside in a match between The Miz and Damian Priest later in the episode.

Who Will He Team Up With?

There are no details on who the artist will be working with once he is ready for his ring debut. There are rumors that it could be Booker T since he made an appearance during his performance. Triple H also made a tweet congratulating the artist for his performance at the event while also mentioning that Booker T looked ready for another in-ring run.

Damian Priest could also be a tag team partner of the artist after being heavily involved during all of his appearances. Priest eliminated both The Miz and Morrison from the Royal Rumble match during Bad Bunny’s second appearance. He also made his main roster debut after Bad Bunny introduced him. He then had a match in which Bad Bunny was watching from the side of the ring. Bad Bunny also got involved, helping Priest secure his first win on the main roster.

WrestleMania 37 is still a few months away so the artist has some time to prepare for a match. WWE has other big events such as SummerSlam and Survivor Series for later in the year so we can’t rule out a match there.