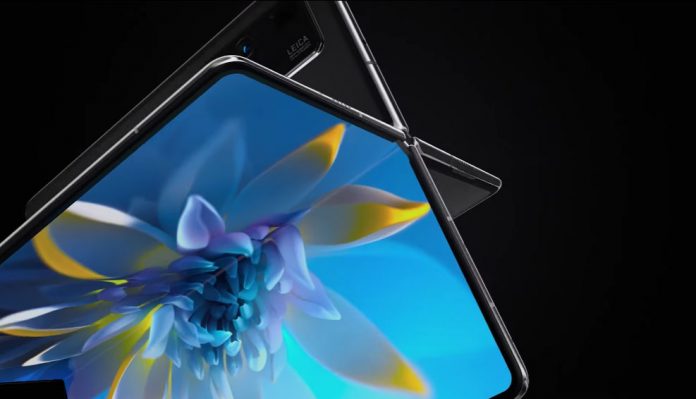 Huawei has unveiled the new version of its Mate X foldable phone. The new device from the Chinese smartphone giant comes with a redesign that features a large display that can be hidden inside of it.

Like smartphones, foldable phones have been extremely fragile due to their design. The recent releases are mostly all screens that can be closed or bent to make a smaller device. The company says it has developed a new mechanism to make sure the device is safe. A side by side picture, posted by BBC, between the new device and Samsung’s Galaxy Z Fold 2, shows a device completely closed. The new design prevents anything from getting inside the screens when the device is closed.

The launch comes shortly after reports said that the company had sold less in the last three months of the year than the same quarter in 2019. The BBC brought up a report from Gartner in which it said that the drop was 41 percent between those quarters.

The drop is likely because of the US trade sanctions that prevent the company from working with US companies. The sanctions were announced back in May 2019 and have not changed. They were extended for another year last year and the Chinese smartphone giant appears to now be focusing on its new Harmony OS and its home market.

The sanctions prevent Huawei from working with US giants such as Google. The search giant is behind the Android operating system and its services such as Gmail, YouTube, Maps, and several other apps that usually come installed with Android phones.

The Mate 30 lineup was the first to launch without Google services. Since then, the Mate X, P40, and several others have launched without those apps. It appears that the new device will not have them either.

“Outside of China, Google services are crucial to end users, and offering alternatives is not really going to work,” explained Gartner analyst Anshul Gupta.

“But in China, people don’t use Google services, and Huawei has a much stronger distribution network and brand there.

“And it’s been able to take share from competitors in its home market.”

A few weeks back, there were reports that said that the company was considering the sale of a flagship brand. The company later denied those reports.

TechRadar reports that the foldable phone will be out in China on February 25. It is unclear which other regions will have the phone in the future. But the company did post a subtitled version of its event, so this is maybe a hint that the phone won’t be a Chinese exclusive.

Apr 14, 2021
The PlayStation App recently got a redesign as part of the PlayStation 5 release. But there is more coming to the app, according to...