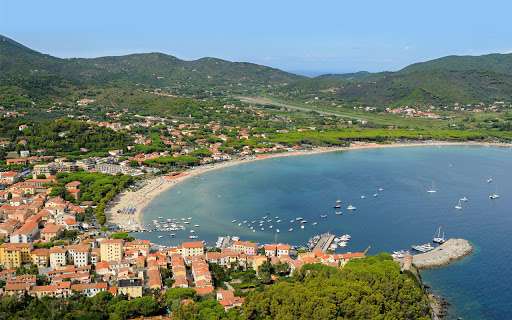 A number of planned thefts on a remote island has sparked an investigation from authorities. The thefts, which have taken place in Capraia, have authorities working hard and reports say just about everybody living there is being looked at because the island has a small population.

The island’s population is so small that it currently has three police officers. The area is said to be the home to about 400 people. Authorities have been keeping an eye on the people there due to the amount of thefts that have taken place recently.

The Guardian reports that the majority of the robberies have taken place during winter, when there aren’t many visitors on the island. The island is far from Italy and people get there by boat. There isn’t any other travel option. 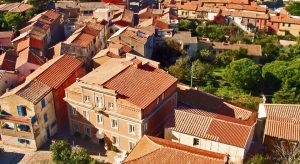 The news site reports that the latest robbery took place in a tobacco shop. It appears to be planned as the thieves deactivated the security camera system before taking around 60,000 euros from the safe.

The thieves don’t seem to care where they are breaking in. In a previous robbery, they broke into the home of the deputy mayor, Fabio Mazzei. During the incident, which happened in November, the thieves took a safe containing cash. They also took jewelry that had been hidden in furniture. The deputy mayor said this to an Italian newspaper:

“It is a very sad thing because there is the feeling of having a thief in the family.”

“They struck on the right day, as they knew I was going to Pisa for a visit. They knew the house very well.”

The thieves appear to know everything about the island and how people keep their money. The Guardian reports that the majority of the residents keep their money at home since the local bank was closed last year.

Authorities are currently investigating the series of thefts but have no clues. The island’s population is about 400 but it increases to around 4,000 during summer. The island’s mayor, Marida Bessi, recently said this to Corriere della Sera:

“The island’s three police officers are very good, they are doing everything they possibly can,” she told the newspaper. “But they should have more investigative tools as otherwise it really is an unsolvable crime story.”

“The risk now is that the sense of community we have always had will be damaged,” she added.

A series of thefts were recently put to an end by authorities in Italy. But the arrests came in Milan, where several thefts had been reported recently. Reports say the thieves allegedly monitored the movements of the city’s celebrities and influencers on Instagram to strike at the right time. Nicknamed the ”acrobat thieves”, the group was scaling apartments and homes to rob the celebrities and social media influencers.

The group are said to have used social media app Instagram to know more about the people they were going to rob. Authorities say the series of thefts began in June last year, when jewelry, handbags, and other valuable items were stolen from a famous TV presenter.

Police believe the group was also involved in the theft of several watches from Inter Milan star Hakimi, who made his move to the club from Borussia Dortmund last year. Authorities also think the group was involved in the theft of several designer handbags and valuable items from a social media influencer. The Guardian reports that authorities have managed to retrieve most of the items that were stolen.