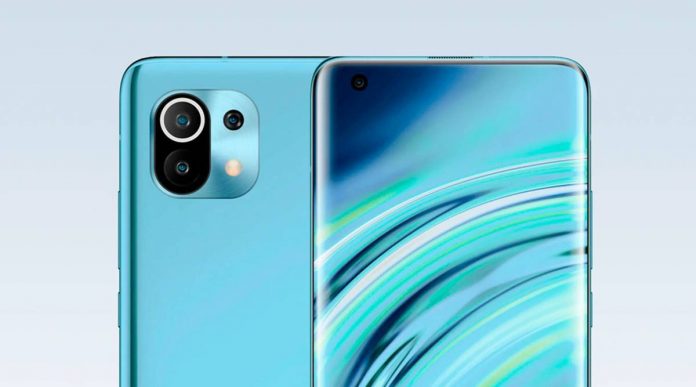 The Xiaomi Mi 11 is one of the most recent smartphone releases and the device has provided a lot to talk about due to its impressive specs at a somewhat lower price than the competition.

The phone was just launched so YouTube channel JerryRigEverything has used a unit to see how it does against the things that usually leave heavy damage to a phone. The video on the channel begins by mentioning that he’s had a few Xiaomi phones not survive the durability test.

The JerryRigEverything channel does not focus on how the phone performs with its specs. The videos are usually about the phone seeing its durability put to the test. The channel has hundreds of videos on phones and other products being tested. Samsung, Xiaomi, and Apple are among the companies that have seen their phones be put under the intense durability test.

The channel didn’t waste any time getting to the test for the Mi 11. We quickly see him start with the famous scratch test, with the phone scratching at a level 6. He attempts to scratch the front camera on the top left side of the phone but no major damage happens. He does get a few scratches by testing the metal on the sides of the device.

The test continues with a scratch on the area of the under display fingerprint scanner. He scratches the entire area but the phone continues to unlock with his thumb, showing that the tech survived the level 7 test.

The phone is then put to another of his famous durability tests, the lighter. He places the fire on the display for about 20 seconds before the area goes white and fails to fully recover. The test leaves a small mark on the display but this is a much better performance than a lot of the phones checked out by the channel. Over the years, many of them have failed the test or have seen major damage after getting the lighter.

The video ends with the toughest test by the channel, the bend test. He grabs the phone on the top and bottom and attempts to snap it in half. There is a bend and a small pop but the phone does not break or crack.

In the past, we’ve seen a number of flagship devices have poor performances on this test. Xiaomi phones have not all performed well in this test but the channel ends the video by saying that the Mi 11 passes the test.

Here is the video from the JerryRigEverything channel:

There are no details on the regions or the launch dates but this is good news for those waiting on the phone outside of China.

Here are the specs of the Mi 11 (from GSMArena):