Microsoft Reveals Fall Guys Is Coming To Xbox, Switch Version Is Happening Too 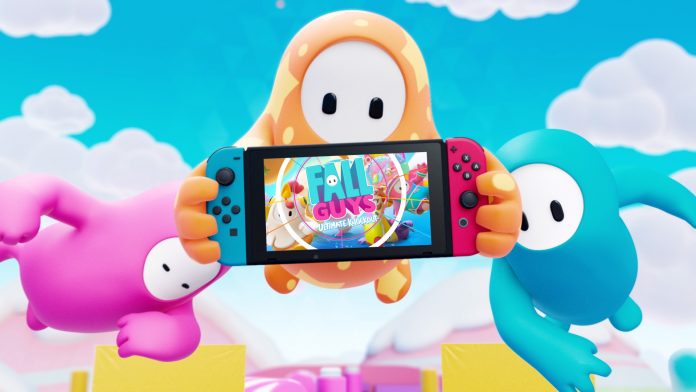 Mediatonic’s super popular battle royale game, Fall Guys: Ultimate Knockout, is coming to the Xbox Series X, Series S, and Xbox One this summer, according to a Microsoft blog post.

Both ports are expected to launch around the same time, bringing a ton of new players to the battle royale game. Fall Guys: Ultimate Knockout initially released for the PC and PS4 in August 2020.

The game was actually free for PS Plus members during its launch. The free PS4 launch helped the title become one of the most downloaded PS Plus free titles of all time. The success wasn’t just on the PS4, the PC version also did pretty well. The game was all over gaming news for quite a while due to its popularity and partnerships with other games that brought exclusive cosmetics.

2020 was the year of lesser known games. A little bit later, we also saw Among Us rise to the top. The game was much older than Fall Guys but it went viral around the same time, sparking a ton of videos and streams from famous people across Twitch, YouTube, and other streaming services.

The success of Fall Guys: Ultimate Knockout on the PS4 and PC immediately brought requests from Switch and Xbox users. Both wanted to see the battle royale game on their platforms and now they’ll be getting it sometime this summer. Last month, there was actually rumors that the game was coming to Xbox Game Pass. At the time, Devolver Digital was quick to shut down the rumors when it was brought up on Twitter.

Fall Guys: Ultimate Knockout is a 60 player battle royale game in which there are obstacle courses. The players compete to advance to the next round in obstacle courses, which usually feature changes to make things less repetitive and challenging.

The game developer has made several additions to the game every season. The game started off with less than 30 maps but recent updates have added a bit more. Fall Guys launched its new season a few months back, bringing a winter theme as well as a ton of new skins.

Fall Guys features a free battle pass in which players earn new levels by simply playing the game. The more players advance, the more XP they receive after a match. The battle pass has free rewards such as skins, crowns, which are used to buy rare items in the shop, and celebrations.

Fall Guys: Ultimate Knockout launches on the Xbox and Switch sometime this summer. Have you played the battle royale game? Are you happy with the news? Let us know in the comments.