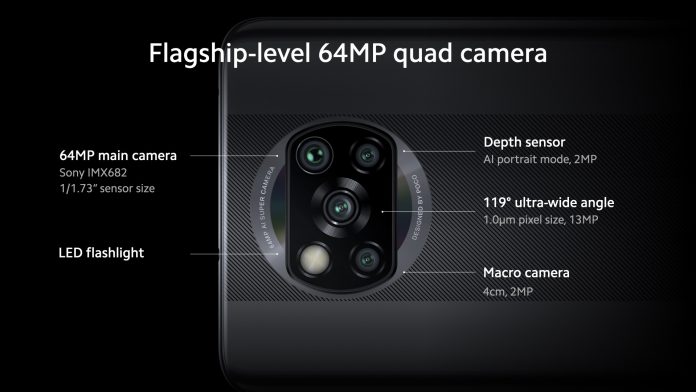 The Poco X3 NFC has made lots of noise in the last few months due to its solid specs at a really good price. The brand has released plenty of interesting phones in the past but this appears to be one of its most impressive creations yet. Here is a quick review of one of Poco’s latest devices:

One of the big highlights of the phone is that it packs a large 5,160 mAh battery, with 33W fast charging supported.

Another highlight is on the camera department, with the phone featuring a 64MP main camera. But we’ll get to the camera and its options in just a second.

The Poco X3 is a large phone and it feels quite heavy when grabbing it for the first time. The box comes with a clear case, which will protect the phone but make it even thicker.

The phone feels quite good and users can easily switch between refresh rates when done with the setup. The back has a pretty large camera bump for the four cameras. Nothing about this phone is small but this is no surprise since the X2 was also a giant phone and  heavy.

One of the most interesting parts of this phone is its four cameras. Yes, the Poco X3 is a low priced phone but it has a 64MP main camera.

My first few attempts at taking a picture ended up with some blurriness. This happened with the front camera but things changed once I checked out the settings. Oh and you can turn off the phone’s watermark at any time. The watermark shows up on the pictures automatically but that can be changed through the settings.

The main camera offers a ton of options. After hitting the camera icon, you’ll notice options such as Portrait, Photo, and More. There is also two options for taking videos.

One of the options I wanted to check out was Night mode. The first few pictures were okay but some of the other attempts actually ended up being quite nice. The camera offers a few other things that I have yet to check out but this is already pretty good for the price that the Poco X3 offers.