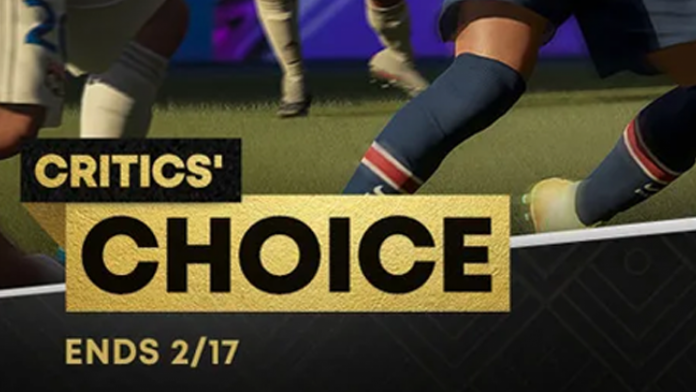 The Critics’ Choice promotion kicked off over a week ago but gamers around the world still have a chance to buy some of the most recent video games at lower prices. The promotion, which has a few days left, offers a bit of everything, including games from the sports and action genre. Here are the titles posted by the PS Blog and all the information on the promotion:

The list from the PS Blog mentions just some of the titles that will be available until Feb. 17. The games mentioned are deluxe and gold editions but there is much more to choose from, including standard editions of those games.

One of the many games offered is FIFA 21, which includes the free upgrade from PS4 to PS5. The EA Sports video game includes the latest rosters and its popular modes such as FIFA Ultimate Team, and Career Mode. The promotion also includes the standard edition of the football game.

Fans of sports games also have Madden NFL 21, which offers a free upgrade from the PS4 to PS5. The EA Sports title includes all of its most popular modes as well as the latest rosters from the recent NFL season.

Call of Duty: Modern Warfare is also part of the promotion. The game is not the most recent release in the series but it remains popular due to the battle royale that was tied to the game early on. The game also features a campaign mode, which has some of the characters from previous COD releases.

Tony Hawk’s Pro Skater 1 + 2 is available as well. The remastered version of the two classics was released last year and it features a tough trophy list for trophy hunters.

The promotion also includes some classics from the PS4 era. One of them is God of War, which was released back in 2018. The title is seen as one of the best of the PS4 lineup and is worth playing for those who have played the rest of the series.

If you’re looking for brand new games, the promotion has some too. Assassin’s Creed Valhalla and Watch Dogs: Legion are part of it. Both were released last year but are among the games that are available for both the PS4 and PS5.

The PlayStation Blog page with the official announcement includes links to the US and Europe PS Stores. Remember, the promotion will be available until Feb. 17.

What do you think of the latest PS Store promotion? Have you purchased any video games? Let us know in the comments.