Taiwan Removes Covid Fine For Man Who Was Kidnapped 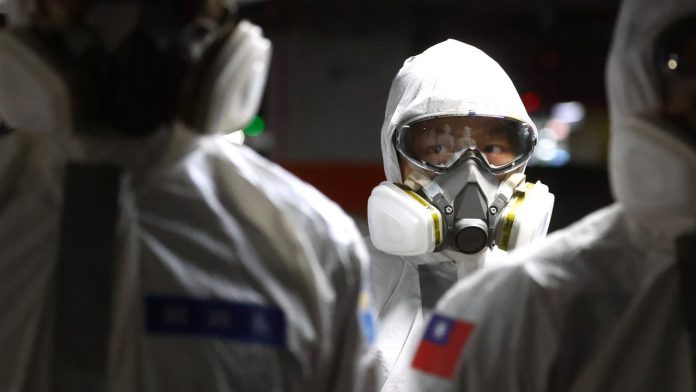 Authorities in Taiwan have decided to remove a Covid quarantine fine for a man who was kidnapped. Taiwan, which has had strict quarantine regulations since the pandemic began last year, penalized the man. But authorities later found out what happened with the man.

They initially penalized him for breaking the strict regulations but the man had not really tried to break the rules. The Guardian reports that it all began when the man returned from Hong Kong in late October and began his 14 day quarantine at his friend’s house located in Nantou county. His quarantine there took a wrong turn the next day, when men arrived to the house and thought he was the one that owed money. The men, identified as debt collectors, kidnapped him and not his friend, who was the one who owed them money.

The Guardian reports that the men assaulted and kidnapped him. He was taken to his own home to collect the money they thought he owed them. After that, the men returned him to the house where he was staying with his friend.

Authorities found out that he had left the home and fined him for breaching the regulations. The fine from authorities was close to $3,600. He was also arrested.

It is unclear how authorities found out that he wasn’t at his friend’s house. But The Guardian reports that Taiwan has a quarantine system that includes electronic monitoring through phone signals.

The Justice Ministry was able to confirm the story given by the man during the investigation. His fine was removed after they confirmed the story since he had been forced to leave the residence against his will.

Taiwan’s strict regulations have brought numerous fines against those caught breaking them. Back in early December, reports said that a man had been fined for breaking quarantine regulations for eight seconds.

The $3,500 fine was handed to a worker from the Philippines, who was quarantining in Kaohsiung City. He briefly stepped out of his room into the hallway and that’s what led to the fine, according to health authorities.

The man was spotted on camera by hotel staff, who contacted the health department. Taiwan’s rules don’t allow people quarantining to leave the room. A few weeks later, Taiwan’s Transport Ministry fined an airlines more than $30,000 after the government blamed one of its pilots for a locally transmitted case of COVID-19.

The island has kept the strict regulations since the beginning and the number of cases have been low. In early 2020, reports said that the island was using several methods to make sure people were not leaving. Critics have not been happy with all the methods but the island has had some success in keeping the situation under control.

Covid cases around the world are now at 103 million. The US, India, Brazil, the UK, and Russia have the most cases.