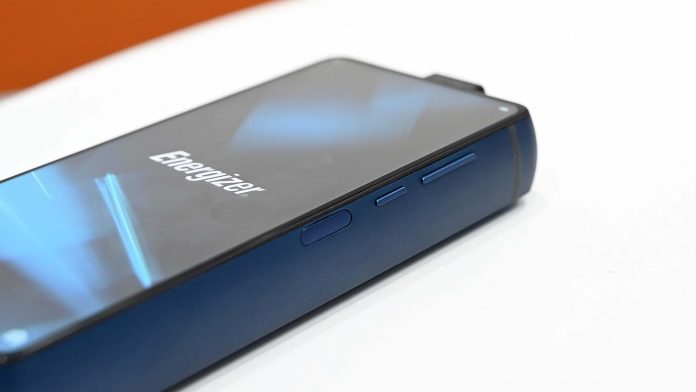 The tech world has several devices with 5,000, 6,000 and 7,000 mAh phones. This is an impressive number but back in early 2019, there was a phone that tried to shake things up with something completely different.

The phone that made some noise during that time was the Energizer Power Max P18K Pop. The craziest part about this phone, outside of its design, is that it packed 18,000 mAh. This is much more than any of the smartphones out right now.

The phone’s giant battery meant that it was super thick, so much that it looked like three smartphones glued together. Reviews early on showed just how thick the phone was compared to flagship devices from other companies.

Outside of that, the device remained pretty similar to smartphones. There was a nice display along with the standard design from smartphones at the time. There was also a pop up camera.

The Energizer name was all over the Mobile World Congress event in 2019 over that phone. It made sense too as the company is all about batteries. But The Verge and others report that the phone was a preview of Avenir Telecom. The company had licensed the brand’s name for use on smartphones and wanted to produce the Energizer Power Max P18K Pop to bring it to the market later on.

Campaign for the Phone

The appearance at MWC was a good thing for them and The Verge reports that the phone showed up on Indiegogo with a price of $549. The company appeared to have big plans but things didn’t go well, according to reports.

The Verge said in an article posted on April 30, 2019, that the campaign from Avenir finished with $15,005 in support. The goal was said to be $1.2 million so the support fell very short.

The phone made a lot of noise for its battery and design. But the support never really came for the device. We first heard about it during the 2019 event so it has been nearly two years.

Some Reviews Are Out There

You can check out some of the reviews for the phone, which was on display for that event. One of those reviews was from YouTuber Mrwhosetheboss, who showed not only the device with the big battery but also other Energizer phones.

In 2020 and 2021, we’ve seen phones with big batteries but the Energizer device was trying to take things to a new level back in 2019. The battery giant has had its name on other phones too so we can’t really rule out another crazy idea in the future.

Did you know about this device? Let us know in the comments.