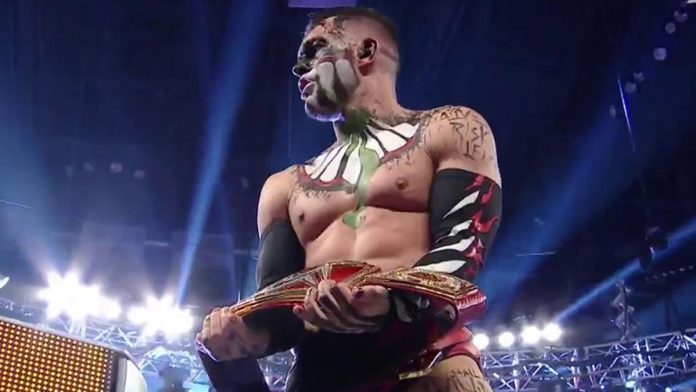 NXT Champion Finn Balor has spoken about his current run in the brand through WWE’s After The Bell Podcast with Corey Graves. Balor, who made his first appearance with WWE seven years ago, has gone from NXT, main roster, and back to NXT.

Balor spent about two years in NXT, where was the champion twice. He then made his main roster debut on Raw, where he would pick up some big wins along the way. The run actually led to a match against Seth Rollins in that year’s WWE SummerSlam event. The match was for the newly created WWE Universal Championship, which ended up being won by Balor.

Balor’s run with the championship didn’t last very long as he suffered a shoulder injury in that same match that forced him to vacate the title. Balor returned later but was out of the title picture for a while.

Balor competed against Lesnar, Strowman, and many others during his main roster run. But in late 2019, he started appearing in NXT, where he had success early in his WWE career. He later regained the NXT Championship, sparking new feuds with superstars such as Adam Cole, Kyle O’Reilly, and Pete Dunne.

Wrestling Inc has posted on what he said during the podcast, including what he thought when he was initially sent back to NXT in 2019.

“I didn’t know what to expect,” Balor said. “I was kind of under the impression that it was going to be a 3 month deal. Reboot Finn, reset and go back to RAW or go back to SmackDown, go back to things as normal.

“It’s kind of evolved into something I don’t think anyone expected. I think it’s thanks to how NXT is also evolving and really truly its own brand now. I don’t know what to expect going forward, I don’t know how long it’s going to last but I have to say, I’m super happy in NXT and there’s no reason for me to want to move anywhere in my career at this point.”

Balor also spoke about the future and his previous runs in Japan and other brands in WWE.

“I’m sure I will get to a point where NXT has kind of run its course and it’s time to make a change, but I don’t see that coming anytime soon.”

Balor’s last main roster title run came in 2019, when he feuded with Bobby Lashley over the WWE Intercontinental Championship. He won the title in that year’s Elimination Chamber PPV but later lost it to Lashley. He later earned a rematch and won the title again at WrestleMania 35.