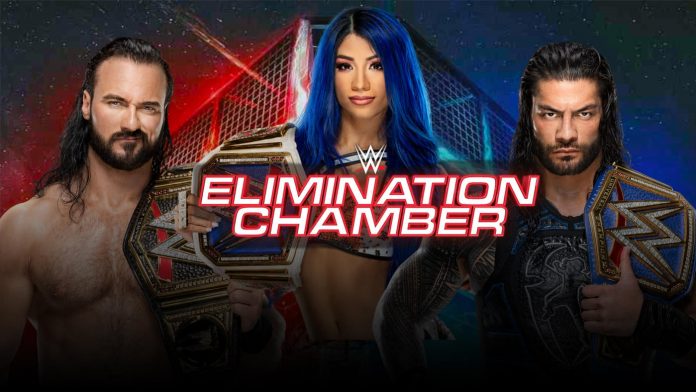 WWE held its Elimination Chamber PPV on Sunday, putting an end to some feuds while starting others in the process. Here are the full results for the event (from WWE.com):

John Morrison was part of a kickoff match to earn a US title opportunity later in the event.

Daniel Bryan returned to the title race after defeating five other opponents in the Elimination Chamber match. But all odds were against him since the title match was scheduled for that same event. Roman Reigns made it clear that he would compete against the winner, so all the competitors were already at a disadvantage even before the match started.

Daniel Bryan got his title opportunity but was defeated by Roman Reigns, who did not have to participate in any other matches before. It will be interesting to see if Bryan gets another opportunity in the near future. 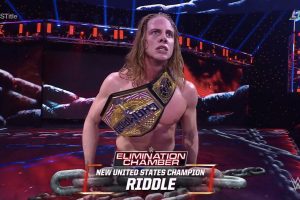 Riddle is the new US champion after pulling off a shocking win against Lashley and Morrison. Riddle got the pin on Morrison, who qualified for the match earlier in the event.

Nia Jax & Shayna Baszler are still the WWE Women’s Tag Team Champions after a close win against Sasha Banks & Bianca Belair. The match took a bad turn for the challengers after Reginald came out with a bottle of champagne. He distracted Banks and that led to the loss.

Drew McIntyre was victorious after a tough battle against five other former champions. One of the big surprises of the match was Randy Orton being eliminated early on. The last three superstars standing were AJ Styles, Sheamus, and McIntyre. Sheamus was eliminated by AJ Styles and then he was surprised by McIntyre’s Claymore kick as he was coming down for the Phenomenal Forearm. But things were far from over for the WWE Champion.

Drew McIntyre was attacked by Bobby Lashley shortly after the match ended. The attack went on for some time and it was no surprise since the segment before the match showed The Miz and the leader of The Hurt Business, MVP, talking. The attack left McIntyre in a really bad state and The Miz came out to the ring to cash in his MITB contract.

McIntyre kicked out early on but The Miz did enough to become the new WWE Champion. The win by The Miz could have been more surprising but the segment before had many of us waiting for that moment.

The Miz is part of the WWE Raw roster so we’ll soon know more on why The Hurt Business decided to get involved. Fans are also waiting to hear on the next opponent for Asuka. The WWE Raw Women’s Champion was supposed to have a match against Lacey Evans at the event but she revealed on last week’s episode that she is pregnant.