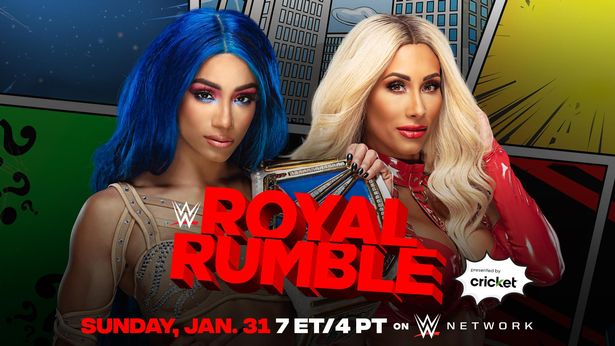 WWE’s Royal Rumble has given two superstars a path to WrestleMania 37. The event featured a number of title matches as well as the Women and Men’s royal rumble matches. Here are the results and more on the latest WWE event:

Drew McIntyre and Goldberg kicked things off even before the bell officially started the match. Goldberg hit a couple of spears but the match was not over there as McIntyre got some offense going before hitting his finisher for the win.

Carmella and Sasha Banks had a battle but it was Sasha who kept the title. Carmella also competed in the Royal Rumble match but did not win.

Shayna Baszler and Nia Jax vs. Asuka and Charlotte Flair

The two teams competed in the kickoff show and it was Shayna and Nia who came out with the victory. The match saw the interference from Ric Flair and Lacey Evans, who would get involved shortly after to help Nia Jax hit a leg drop to seal the win. 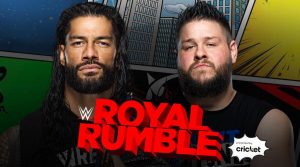 Kevin Owens nearly came out victorious as he had Reigns handcuffed. The referee was counting to ten before Reigns incapacitated him by throwing him to the side of the lighting area. Reigns was then freed by Heyman and he was able to get a guillotine choke on Owens, who did not get up before the ten count.

The Women’s Royal Rumble match saw the return of several superstars, including Victoria, Torrie Wilson, Alicia Fox, and Jillian Hall. We also saw Alexa Bliss compete but she was distracted and eliminated early on. In the end, it was Ripley and Belair competing for the opportunity to headline WrestleMania 37. After a battle, it was Belair who tossed Ripley over the top rope.

The Men’s Royal Rumble match saw a bit of everything, including the appearance of reggaeton artist Bad Bunny. His appearance came after The Miz destroyed his DJ setup near the entrance. Bad Bunny distracted The Miz and John Morrison and they both got eliminated. He then went for a splash on both.

The match continued with a number of returns, including The Hurricane, Seth Rollins, Christian and Kane. Kane got some eliminations in but it was Strowman who dominated during the end. The last four saw Rollins, Strowman, Christian, and Edge. Edge appeared to be the last one standing but Randy Orton came back for a quick RKO that nearly gave him the victory. Edge countered Randy’s attempt to throw him out and he was eliminated. Randy was in the match early on but he appeared to walk out after Edge hit him with a chair.

The two winners of the Royal Rumble will now have a chance to challenge for a title at WM 37. It will be interesting to see if some of the superstars we saw in the Royal Rumble such as Victoria and Christian will stay for more matches.