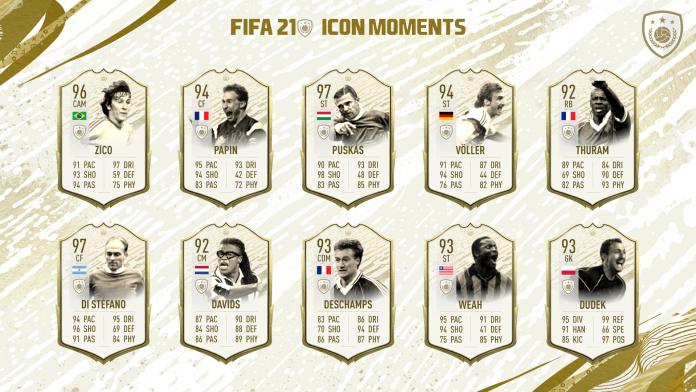 EA Sports Ultimate Team is one of the most popular FIFA modes out there. Over the years, the company has gone after coin and card sellers. But now, people are claiming that their own employees were behind a black market in which players were spending hundreds and even more to receive cards of legends, known as Icons in the game.

In previous editions of the game, EA has done everything to make sure that cards don’t go around and are resold or easily traded. Trading outside of their own market is pretty much impossible on recent editions of the game and the only option was to buy cards through packs and the challenges available.

The system sounds nearly impossible to break but there are some serious allegations going around on social media. On March 10, posts on Twitter revealed that there was a black market involving employees.

The allegations surfaced with some screenshots and videos. It didn’t take long for the company to respond to the allegations. The EA Sports Twitter account posted a statement in which they say they will investigate.

The allegations started to trend on Twitter as ‘EA Gate’. Some YouTubers and popular FIFA streamers have already spoken on the situation. EA hasn’t given information on the situation but leaked direct messages claim to show a conversation between an employee selling Ultimate Team cards for cash.

FIFA streamer NepentheZ gave his thoughts on the whole situation through Twitter. This is what he said:

Outcome will be this. It’s 1 guy at EA doing something he shouldn’t, by selling Icons and TOTY’s to people for money. Problem is, however, that’s it’s just a massive kick in the balls to literally everyone else. FUT players, EA Employees and all encompassed.

I know social media is going to have a field day with the memes and jokes, but ultimately it exposes a huge ******* problem with FUT at the moment, to the fact EA employees are (allegedly) having to SELL Icons for people to have a chance of using them. Needs changing.

Ultimate Team cards are only obtainable through packs and the challenges that are available for players to complete. The system has been like that for many years and getting a rare card such as an Icon is extremely hard.

Here are some of the messages that Dexerto posted, which were initially revealed by FUTArcade.

Another message reads: “At the moment we have two packages and they are three ICONs or three ICONs plus TOTY.

Other screenshots show that the cards would cost players hundreds to obtain through that method. Dexerto adds to the story by bringing up a buyer who claims he completed the purchase through a WhatsApp conversation. The tweet, which was deleted, said this:

The news site mentions that the deleted post had an image attached. We’ll keep you updated when EA Sports explains more.