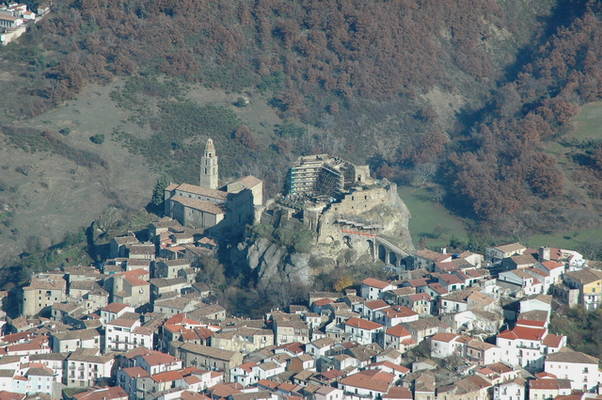 In recent years, several Italian towns and areas with low population have announced programs to attract residents. The programs usually offer houses at very low prices and by very low we mean 1 euro.

The programs have spread to other parts of the country and they mostly remain similar, with the buyer having to renovate the home within a certain amount of time. Other towns have tried to add a few other benefits to stand out. The latest is Laurenzana, a town which had a population of less than 2,000 people back in 2017.

CNN Travel reports that the town is trying to stand out by softening some of the rules. The town’s program, which launched last month, does not require a deposit. This is a major change because the majority of the towns running these programs do require a deposit. In some of the programs, the deposits are somewhat high, ranging from 2000 to 5,000 euros. The deposit is returned once the buyers complete the work on their property.

Mayor Michele Ungaro spoke with CNN, here’s what was said:

“We want to help newcomers purchase the house of their dreams without making it hard for them to follow tedious procedures and tight requirements.”

“At times it can be difficult to navigate through regulation, particularly if you’re a foreigner. We want this adventure to be a pleasure, not a burden.”
“That’s why we are not asking for any deposit guarantee to ensure the works are speedily carried out. It sounds as a sort of threat.
“We rely on the good faith and commitment of buyers, but we will be constantly monitoring the work-in-progress and status of the renovation.”
The no deposit rule is one of a few benefits of the town, which is looking to increase its population. CNN Travel reports authorities have opted to keep the paperwork costs to a minimum. Buyers will also have the benefit of living in an area with low taxes.

Some Requirements From Other Programs Are There

The town’s program does require owners to complete the renovations of the house within a certain amount of time. The exact requirement is for owners to start work no longer than three months after the purchase and complete it within three years. Those interested also have to submit a plan on what they want to do with the property.
The mayor also spoke with the news page on the process. Ungaro recommends those interested to start working on a plan before getting in contact with city authorities. “If we are flooded with emails of people just saying ‘I want to buy a house for one euro’ without any further details, we’ll get nowhere,” he explains.
“Targets are paramount. It would be of great help in speeding up the process if interested buyers get in touch straight away with a draft plan of what they intend to do with their new property and how much money they plan to invest in the restyle.”
Even with the low costs, those interested should know they’ll have to spend a lot to complete work on the properties. Ungaro said that buyers should be willing to invest at least 20,000 euros. The town joins Biccari, the Castropignano village, and the many others that have announced programs to attract residents. You can check out the CNN Travel article for more details on the latest program.
Share
Facebook
Twitter
Pinterest
WhatsApp
Previous articleEA Play In March (2021) – Updated List, News, and More
Next articleEA Sports To Investigate Alleged Black Market of FIFA 21 Legend Cards