Microsoft’s Game Pass is currently offering a lot for its members but rumors say the company is not really done making additions. The company behind the Xbox consoles is rumored to be interested in adding Ubisoft games to its service.

Microsoft has made big moves on the gaming side in the last six months. The company recently completed the acquisition of Bethesda, which means it has all of its big titles and future releases. The acquisition is big news for the Xbox but that’s not the only addition the company has made recently.

A few months back, Xbox Game Pass Ultimate added EA Play to its lineup. The partnership was announced weeks before the Xbox Series release but it became available for the launch of that console. 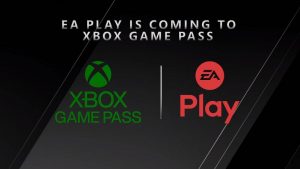 The announcement was huge for the Xbox Game Pass, which already featured a large lineup of titles. The addition of EA Play meant even more games under the popular service. EA Play was available on the Xbox as a separate service, with a cost of $4.99 a month or $29.99 for a year.

EA Play is now part of the Xbox service and it recently launched for the Game Pass on PC. The launch there brings a ton of new titles to that version of the service.

EA Play offers a number of games on its vault section, where users can download numerous games such as EA Originals and EA Sports releases. The lineup features 60 games on Xbox Game Pass PC.

The rumored addition of some Ubisoft titles does leave us wondering how it would all work. Ubisoft currently has its own subscription service called Ubisoft Plus. GameRant reports that Nick Baker of XboxEra claimed on Discord that only some select Ubisoft games would be coming to Game Pass. He suggests that only older titles from the company would be part of the service.

If you have been keeping up with Xbox Game Pass and Ubisoft rumors, you probably know that this isn’t the first time that this comes up. Back in late 2020, there was a rumor that the service would add Ubisoft titles. The rumors surfaced shortly after the EA Play service was included in the Game Pass.

This is just a rumor at the moment but imagine how the Game Pass would be with this addition. Bethesda, EA Play, and some Ubisoft games? That sounds like an interesting service to have for Xbox owners.