Motorola Moto G8 Power vs. G9 Power – Is It Worth Upgrading?

The Moto G9 Power will soon stop being the current release because of the Moto G10 Power. But the Moto G Power series appears to still have some popularity from previous releases such as the Moto G8 Power. The G9 Power and G8 Power aren’t that old so many are probably looking at the differences to see if the phones are worth upgrading for. Here are the specs and everything you need to know (specs from PhoneArena): 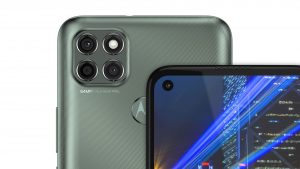 Smoke black, Capri blue
Electric violet, Metallic sage
What’s interesting is that the Moto G8 Power and G9 Power have several similarities. Both offer the same RAM along with the processor and GPU. One of the big differences happens to be on the battery, with the latest release offering much more.
It’s tough to find many improvements between the G8 Power and G9 Power so it’s not totally a bad idea to go for the older device if you want to save a few bucks. Remember, the G10 Power is said to be coming soon so it’s also not a bad idea to see what that one will offer and what the price will be before going for a G9 Power or G8 Power.
Share
Facebook
Twitter
Pinterest
WhatsApp
Previous articleVenezuela Introduces 1-Million Bolivar Bill
Next articleEA Play In March (2021) – Updated List, News, and More