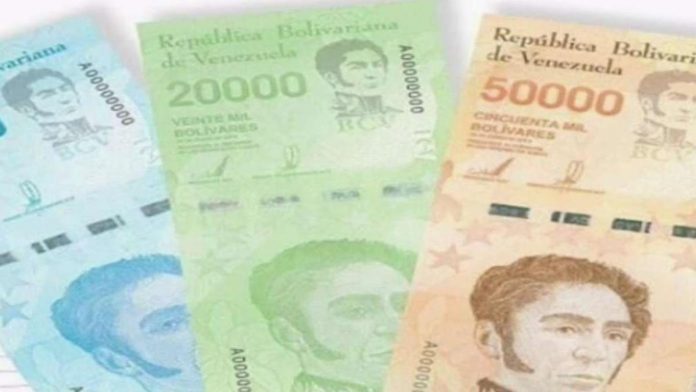 Venezuela has announced three new bills that will begin circulating this week. The 1-million Bolivar bill and two others were announced by the country’s central bank on Friday.

At the time of the announcement, the highest banknote was worth just $0.52 cents through the official exchange rate. But experts believe it is just a matter of time before the banknote loses most of its value.

The hyperinflation throughout the years has made most of the bills announced by the government worthless. In the last five years, the government has introduced numerous bills to keep up with the inflation and reduce the amount of cash needed to make a purchase.

The old bills are nearly worthless and over the last few years, Venezuelans have started to use the paper for other creations. Some have used their talents to create sculptures and other pieces with the bills.

The process of launching the new bills has not gone well in some cases. A few years ago, the government announced that it would be taking the 100 bolivar off circulation. At the time of the announcement, the bill was the highest in the country. The sudden announcement brought chaos in some areas of the country.

The bills were going to be off circulation but Venezuelans complained that ATMs were still handing them out. The announcement sparked protests as well as long lines in banks. The decision was delayed and new bills were later introduced.

Venezuelans Use the Dollar For Everyday Transactions

Venezuelans are mostly sticking to transactions with the US Dollar. Over the years, the country has gone from using bolivar bills to using dollars. Some businesses calculate their prices in US dollars only and most people tend to save in that currency since it does not lose value fast like the bolivar.

Nicolas Maduro blames the economic problems on the sanctions by the US. The South American nation is under sanctions that prevent it from doing business with US companies and many others.

Critics say the economic problems are linked to the controlled system behind the currency exchange. In the last 20 years, the country has mostly used a system in which Venezuelans can’t obtain dollars and foreign currency through banks.

The complex system quickly sparked a black market with an unofficial exchange rate that is much higher than the one from the country. At one point, Venezuelans were allowed to buy dollars to travel and make purchases through online retailers. But that changed years ago and the black market became the only way to find dollars.

Venezuela has made some changes in recent years but the US dollar continues to be one of the most popular currencies in the country due to its stability. The central bank has announced that the three new bills will begin circulating this week.