WWE WrestleMania 37 – How the Match Card Is Looking Now 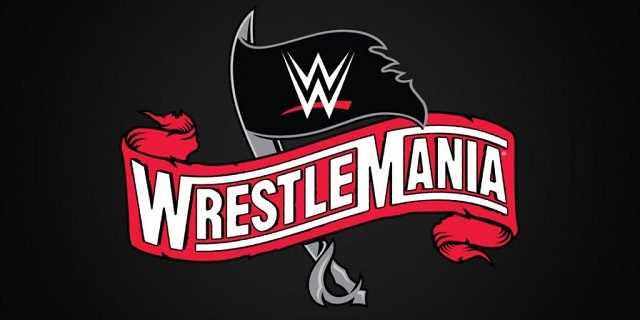 WWE Fastlane took place just hours ago and fans now have a clearer picture on some of the matches we might see at WWE WM 37. Sunday’s event did not determine all the matches but there are four that are almost confirmed at this point. Here is how the WWE WM 37 match card is looking now:

Drew McIntyre will be looking to regain the WWE Championship at WM 37. This match has a bit of history since Bobby Lashley was the one who showed up after McIntyre won the Elimination Chamber match. The attack by Lashley set up an appearance for The Miz to cash in his Money in the Bank briefcase. This was really no surprise to those who were watching since The Miz was seen talking to MVP before the match. The Miz won the title but Lashley then demanded to have a match against him because of the help he provided. Lashley dominated the match, winning and securing his first WWE Championship win.

Sasha Banks and Bianca Belair have been teaming against Baszler and Jax. But things didn’t go so well on Sunday and they will soon have to face each other. Belair is the challenger after winning the 2021 Royal Rumble match.

Roman Reigns vs. Edge has been confirmed for a few weeks now. Edge won the opportunity to challenge for any title after winning the 2021 Royal Rumble. He then made it clear he would take his time to see who he would challenge. But Roman Reigns later demanded to get an answer right away, which sparked a feud between them.

Sunday’s event ended with Reigns as the champion but the performance by Bryan has some thinking that he could get in the match for the big event. In the past, Bryan has main evented at WM. There is no confirmation that he will be in the match but a lot of us think that’s where everything is going to go. 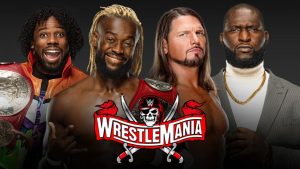 The New Day vs. AJ Styles and Omos

The New Day recently won the WWE Raw Tag Team Championships, pretty much securing a match at WM 37. The win later brought a challenge from AJ Styles, who will have Omos on his side. Omos has been working as AJ Styles bodyguard for a few months now and we will see his in ring debut at the event.

Other Matches We Could See

A match that appears to be happening at WM 37 is Shane vs. Strowman. The two have been sort of feuding over the last two weeks and everything indicates they will face each other at the big event. Shane is no stranger to WM matches, he has gone up against many stars in the past. In the last ten years, we’ve seen him go up against The Undertaker, The Miz, and AJ Styles.

Seth Rollins is coming off a win at WWE Fastlane and it appears that we’re getting ready for a Nakamura rematch or a battle against Cesaro. Maybe it will be a triple threat? Maybe more stars will get involved? We’ll soon find out who Rollins will be going up against.

WWE Women’s Tag Team Champions Shayna Baszler and Nia Jax will likely appear in the event too. We don’t know against who since the Banks and Belair team will have to compete at WM against each other. But we believe it could be several teams or the alliance of Tamina and Natalya.

The feud between Big E and Apollo Crews appears to be alive after that ending to their match in Fastlane. Apollo did not capture the championship but it wouldn’t be surprising if he earns another opportunity or challenges Big E once again.