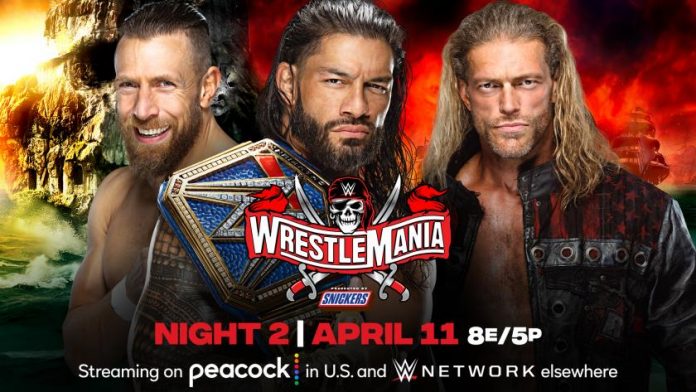 WWE WrestleMania 37 is less than two weeks away and the match is pretty much set. The big event will be held in two nights and the company has announced that there will be fans in attendance. The PPV won’t feature the record breaking crowds like it has done in previous years but it will be the first time since March 11, 2020 that the company has fans in attendance. Here we have the match card and the latest info on WWE WM 37:

Sasha Banks will be facing Bianca Belair at WM 37 after Belair won the 2021 Royal Rumble. Things began as a friendly feud but the situation has changed over the last two weeks. The feud got heated after the loss at WWE Fastlane and Banks added more to it after attacking Belair on the latest episode of WWE SmackDown.

Bobby Lashley is the WWE Champion after an impressive match against The Miz. The Hurt Business member was the one who showed up to attack McIntyre after he had successfully defended his title in the Elimination Chamber match. The attack then led to an appearance from The Miz, who made a deal with the group for the help. He cashed in his Money in the Bank briefcase and won the title. Lashley then asked for his title opportunity and easily defeated The Miz. Drew McIntyre will be getting the rematch for the title he lost at the WWE Elimination Chamber event.

Seth Rollins recently made a return with a speech that left many leaving ringside. One of the last ones to leave was Cesaro, who was attacked by Rollins shortly after. In recent weeks, the two superstars have attacked each other and Rollins has pulled off wins against Cesaro’s tag team partner, Shinsuke Nakamura.

Bad Bunny vs. The Miz

Bad Bunny will be making his wrestling debut at the event. This matches the recent reports saying he would be making an appearance at the event. Bad Bunny has had a feud with The Miz since the Royal Rumble, where the artist made a performance before his equipment was destroyed by the former WWE Champion. Bad Bunny did not wrestle at the event but did make a second appearance to distract Morrison and The Miz. After they were eliminated, he took the top rope for a frog splash on the two.

The New Day will be going up against AJ Styles and his bodyguard Omos. Kofi recently faced AJ Styles and won after a surprise counter. Omos has not competed but will be making his in-ring debut at the event.

The feud began after Braun Strowman started questioning Shane and Pearce’s decision to leave him out of the WWE Elimination Chamber match. After no showing at WWE Fastlane, Shane made an appearance on WWE Raw to attack Strowman. Shane left but Strowman then made a challenge for a match at WM, with him accepting it.

Daniel Bryan was recently added to the match for the WWE Universal title. This after a loss against Reigns at the latest event. Edge is also part of the match after winning the 2021 Royal Rumble. 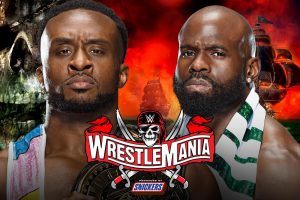 Big E recently defeated Apollo Crews to remain the WWE IC Champion. But there was no time for him to celebrate since Crews attacked him. A match between the two was later scheduled for WM 37.

Asuka has a new challenger for the WWE Raw Women’s title, Rhea Ripley. The match was added to the card after Rhea Ripley made her main roster appearance on WWE Raw.

Kevin Owens and Sami Zayn are feuding again and this time, they will have a match at the big event. Owens and Zayn have a long history when it comes to feuds and this one should be interesting to watch.

The Fiend vs. Randy Orton

The Fiend is back and ready to get revenge for what Randy Orton has done to him in recent years. The feud goes all the way to when the two were tag team champions. At one point, Randy defeated Bray Wyatt (The Fiend) for the WWE title at WrestleMania.

WWE WrestleMania 37 will be a two-night event, starting on Saturday, April 10, and ending on Sunday, April 11.