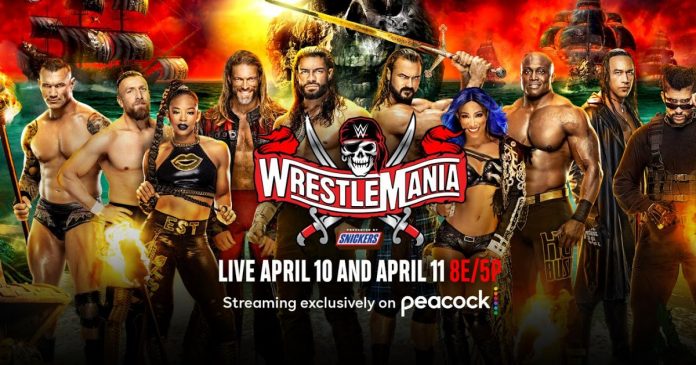 WWE WrestleMania 37 ended with a Day 2 filled with surprises and shocking results. The big event kicked off with the return of one of the most dominating superstars in recent months. But the ending left fans with plenty of questions and that wasn’t the only thing that has everybody wondering what’s going to happen next. Here are 7 big questions after WWE WrestleMania 37? (Some spoilers below)

What’s Going To Happen With The Fiend?

One of the most shocking endings/results came with the kickoff match between The Fiend and Randy Orton. The big return of The Fiend got off to a hot start and he dominated part of the match. The ending left some fans scratching their heads since it was Orton who won with just one RKO. The Fiend has looked unstoppable in previous matches, often kicking out from several finishers. But one distraction from Alexa Bliss and an RKO is all it took to lose the match. Huge win for Randy Orton, who is now 2 – 0 against Bray Wyatt at WrestleMania.

Rumors had Becky Lynch returning at the big event and there was even a picture on social media that made it seem like she would. But it didn’t happen and fans are now wondering if she will return soon to challenge one of the new champions.

Edge and Daniel Bryan were not successful in their attempt to win the WWE Universal Championship. The excellent match came with a strong ending from Roman Reigns, who got some help from Jey Uso at the most important time.

Edge’s opportunity to win the title is now gone and we’re all wondering what’s next for the 2021 Royal Rumble winner. Same for Daniel Bryan, who was very close to winning the match at one point. 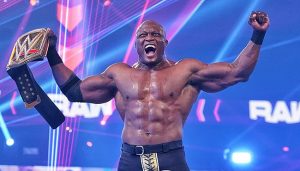 Who Will Challenge Bobby Lashley?

Bobby Lashley’s time as the WWE Champion continues after a huge performance against Drew McIntyre. The main member of The Hurt Business will likely get new challenges in upcoming episodes. But with his recent wins, we’re all wondering who it might be. The rumors have pointed to a match with Lesnar but he hasn’t been in the ring for a bit.

Cesaro had one of the most entertaining matches of WM 37. He also pulled out the win against one of the superstars who has won a lot in recent years. Cesaro has held many WWE titles in the past but never the WWE or Universal Championship. This big win has everyone wondering if this is the start of a great run.

What’s Next for AJ Styles and Omos?

AJ Styles and Omos are the new WWE Raw Tag Team Champions. This was actually the debut of Omos in the ring and he dominated when he entered. Omos has not had a really big role as the bodyguard of AJ Styles but things could take an interesting turn now that he’s a tag team champion.

NXT has plenty of talent and WWE is often calling up superstars to the main roster. In recent years, we’ve seen Asuka, Ripley, Priest, and many others join the main roster. Now that WWE WrestleMania 37 is in the past, it wouldn’t be surprising to see some NXT names make big appearances. Calling up some NXT stars would be a good way to have some fresh feuds.