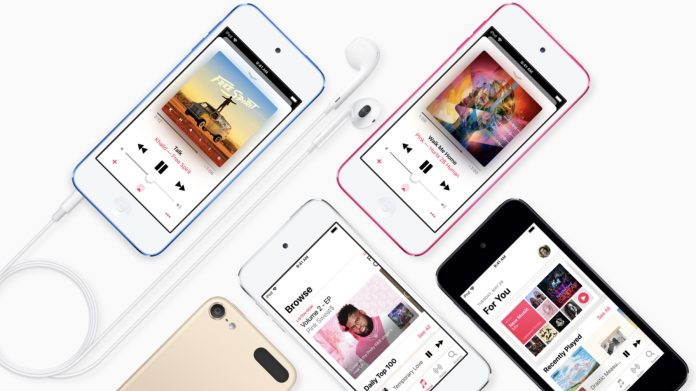 Smartphones now can store plenty of music or use services such as Spotify. But not too long ago, music and phones used to be a separate thing. Phone giants such as Apple were around but the company was heavily focusing on music players. At the time, the iPod Nano and a few others were the must have for music.

The company continued releasing iPods and at one point, the music player completely evolved. Apple went from the iPod Nano and Classic to the iPod Touch. What made the Touch release so different? Well, the Touch variant was almost like the iPhones at that time but they were simply for music.

The iPod Touch brought much more screen and features. There was YouTube, FaceTime, and many other apps to use. The Touch release was around with the iPhone, which at the time could also play music. But many people were still listening to their music on separate devices.

The iPod Touch went on to see many variants during its time. Among those were variants that had more storage than some of the phones at the time. Apple hasn’t made a new release since early 2019. But some are still hoping that the company has the MP3 player on its plans.

Rumors of a Return

In the last two years, there have been plenty of rumors on a return. But nothing has been released. Smartphones continue to get a lot more storage and music services are available for just a few dollars a month. YouTube also happens to have a lot of music available, so a new iPod would have to be something quite interesting to sell well.

It will be two years next month since the last iPod Touch was released but some haven’t forgotten the days where music used to be all about having an MP3 player.