Super League: How It Started and How It’s Now On the Brink of Collapse 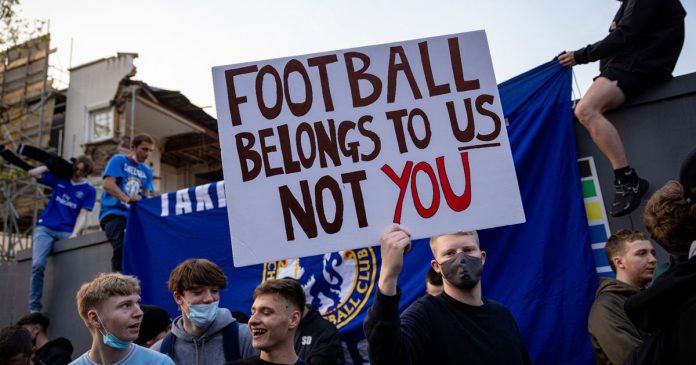 Last Sunday, the sports world was caught by surprise when an announcement was made. The announcement involved some of the most popular football teams in the world, including Spanish giants Real Madrid and Barcelona.

The announcement came out of nowhere, with the details confirming that several clubs would be splitting away from the Champions League. The Champions League, which will soon get its semi finals started, is one of the most popular football tournaments in the world. Some of Europe’s biggest clubs qualify and compete in it every year. The surprise announcement quickly made news around the world and it didn’t take long for FIFA officials, fans, former players, and current players to give their thoughts on the situation.

The Super League now seems to be closer to a collapse than a launch though. On Tuesday, the Premier League clubs, which made up a large percentage of the Super League, decided to skip on the idea.

Manchester City was one of the first to make an announcement on the situation. The club released a brief statement saying this (from ESPN):

“Manchester City Football Club can confirm that it has formally enacted the procedures to withdraw from the group developing plans for a European Super League.”

Liverpool, Tottenham, Manchester United, Arsenal, and Chelsea also confirmed the news. ESPN reports that after Manchester City announced their exit, UEFA president Aleksander Ceferin said: “I am delighted to welcome [Manchester City] back to the European football family. They have shown great intelligence in listening to the many voices — most notably their fans.

“It takes courage to admit a mistake but I have never doubted that they had the ability and common sense to make that decision. City are a real asset for the game and I am delighted to be working with them for a better future for the European game.”

The majority of the teams announced for the Super League have recently won league titles and some such as Real Madrid, Barcelona, and Liverpool have won Champions League titles in the last few years.

The announcement sparked all kinds of questions from fans around the world. Some even began bringing up how league tables would have finished without those six Premier League clubs in the mix.

On Monday, just hours after the Super League was announced, UEFA voted to make changes to the Champions League. The tournament will be expanded from 32 to 36 teams at the start of the 2024 – 25 season.

It is unclear what’s going to happen with the new tournament since some teams have not completely confirmed their plans to withdraw. It does seem like the Super League is on the brink of collapse after the announcement from the Premier League clubs involved.

The new tournament saw its first problems on Monday when PSG, Bayern Munich, and Borussia Dortmund ruled themselves out. The confirmation from the three meant that the new tournament would not see some of Europe’s best clubs. PSG and Bayern Munich have been on fire when it comes to the Champions League in recent years. They competed in the final last year and met again earlier this month in the quarter finals. Borussia Dortmund has not made it to a semi final recently but the club did make the 2013 final. The German club has been a tough competitor in the tournament since then.

Players, fans, and even managers were against the idea. Liverpool and Manchester United players quickly gave their thoughts on the situation. Fans also took the streets to show their disapproval.

The news of the Premier League clubs withdrawing from the tournament were not the only shocking news of the day. Right around the same time, reports revealed that Ed Woodward had resigned as Manchester United executive vice-chairman. Sources told ESPN that he had been planning to step down at the end of the season.

“Ed Woodward has served the club with great distinction. On behalf of everyone at United I would like to place on record our sincere thanks for his tireless work and dedication,” United co-chairman Joel Glazer said in a statement.

Woodward will not be leaving right away, he will continue with the club until the end of the season.

“I am extremely proud to have served United and it has been an honour to work for the world’s greatest football club for the past 16 years,” Woodward said in a statement.

“The club is well positioned for the future and it will be difficult to walk away at the end of the year.