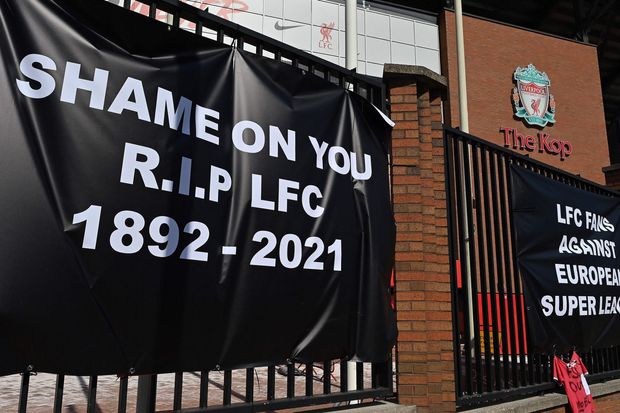 The situation with the Super League has slowed down following the announcement of several clubs a few days ago. But the plans to have a tournament with 12 of the biggest teams in Europe will be bringing consequences for those involved.

ESPN reports that UEFA President Aleksander Ceferin has said that all 12 teams will face consequences for being part of the plans to start a Super League. The consequences will be 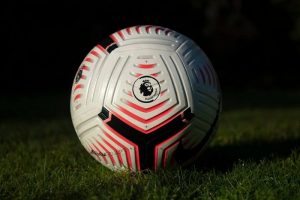 different for some teams since they decided to announce their withdrawal just days later.

On Sunday, April 18, the world of football was in shock following the announcement of the Super League. In that day, some of the top teams in the sport announced they would be breaking away to start the Super League, a tournament that immediately sparked reactions from fans, officials, and many other people across the world.

The plans for a Super League collapsed in less than three days. At the start of last week, several clubs announced they would no longer be part of the tournament. The announcement included the six teams from the Premier League. Manchester City and others released brief statements confirming they would be staying.

The announcement of the Super League sparked many protests from fans. The reaction against the tournament quickly brought a decision from other teams as well, including Atletico Madrid and Inter Milan.

The situation sparked all kinds of reports on what would happen if the Super League stayed. One report even mentioned that UEFA was getting ready to remove the teams involved from the Champions League.

The Champions League is one of the biggest football tournaments in the world. Some of the teams announced for the Super League are currently in the mix for the trophy. Manchester City and Real Madrid recently made it through to the semi finals while others such as Liverpool and Juventus were recently part of the tournament.

Right around the same time, UEFA voted on making changes to the Champions League. Those changes will expand the tournament but they will begin in a few seasons. Now that the Super League appears to be out of the plans, UEFA has revealed what it might do with the teams who were planning to make the move.

UEFA President Confirms There Will Be Consequences

The UEFA President spoke with Daily Mail and said this (from ESPN):

“Everyone has to take consequences for what they did and we cannot pretend nothing happened. You cannot do something like that and just say: ‘I’ve been punished because everybody hates me.’ They don’t have problems because of anyone else but themselves. It’s not OK what they did and we will see in next few days what we have to do.”

“But for me it’s a clear difference between the English clubs and the other six. They pulled out first, they admitted they made a mistake. You have to have some greatness to say: ‘I was wrong.’ For me there are three groups of this 12 — the English Six, who went out first, then the other three [Atletico Madrid, AC Milan, Inter] after them and then the ones who feel that Earth is flat and they think the Super League still exists [Barcelona, Real Madrid and Juventus]. And there is a big difference between those. But everyone will be held responsible. In what way, we will see.

“I don’t want to say disciplinary process but it has to be clear that everyone has to be held responsible in a different way. Is it disciplinary? Is it the decision of the executive committee? We will see. It’s too early to say.” 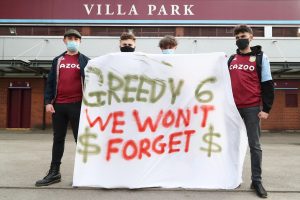 The UEFA President also spoke about the disapproval that the fans showed against the Super League, a tournament that was rumored to have up to 15 teams.

“UEFA did its part, the clubs that stood with us did their part. And of course the U.K. government out of all did the big part. But by far the biggest part was done by fans.”

“I already spoke with my colleagues in UEFA to connect with those fan groups now and start discussing with them. The problem with fans being formally included in UEFA is that there are so many different groups. You have a group of Real Madrid who supported us and groups who supported the Super League. So, you have so many that we have to co-operate with some association which is again a problem.”

“But I think it’s an important thing. And we have learned a lot from this situation. We will try to speak to as many as possible to see their view but you will never speak with all the groups, as even small clubs from my country have two or three groups.”

UEFA’s popular football tournament, the Champions League, will return this week. Real Madrid will face Chelsea on Tuesday while Manchester City will face PSG on Wednesday. Three of the four teams in the Champions League semi finals were announced as part of the Super League. The only team missing from the lineup was PSG, which was among the teams that reportedly skipped on the tournament.

The plans of a Super League seem to have collapsed but Real Madrid President Florentino Perez is still thinking about the idea, according to recent reports. Here’s what he said to an AS official on Saturday (Bleacher Report):

“I’m not going to take my time to explain what a binding contract is here. But the fact is, the clubs can’t leave,” he said. “Some, because of the pressure, have had to say they’ll leave. But this project, or something very similar, will happen, and I hope it’s in the near future.”

Perez believes the tournament idea is necessary for the future of the teams. “Not long at all, and what’s more, the teams will have to sell their best players and it’ll be less and less interesting,” he told the AS official. “The pandemic is not just what we’ve suffered so far, but the economic effects it will cause.”

Netflix Australia – Everything Coming and Leaving In August 2021

Aug 4, 2021
Netflix is adding new content throughout the month of August, including films and series. For Australia and other parts of the world, the additions...