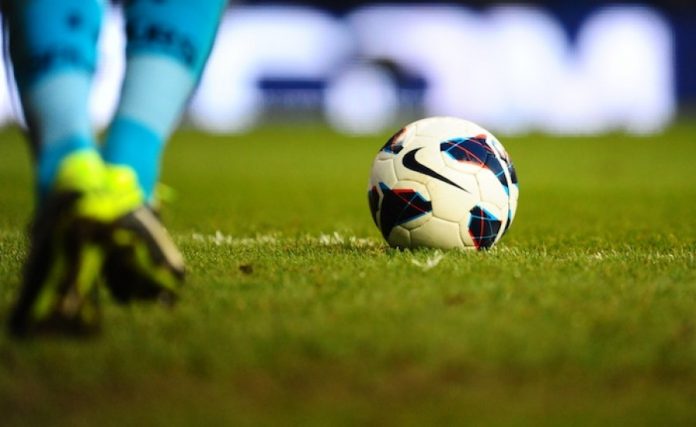 The world of sports never stops, we currently have baseball, basketball, and many other leagues in the playoffs or getting close to the end of the regular season. Some such as football have the Champions League final before there is a small break. But many fans are already looking forward to next season and in some leagues, there are schedules and matches everybody will be waiting to see. Here are the matchups that sports fans will be looking forward to for this upcoming season: 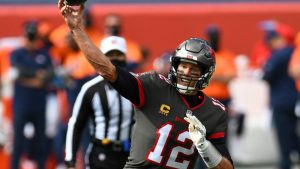 The Super Bowl champions will start the regular season against a team that is loaded offensively. The Dallas Cowboys are expected to be a big competitor for the NFC East title. Cooper, Gallup, Lamb, Prescott, and Elliott will likely all be starting/healthy in Week 1. But the team will have a tough task in Week 1 since they will be up against Tom Brady and his offense, which is pretty much back. Tampa Bay not only won the SB but also managed to bring the big names back, including Godwin and Brown. A pretty good matchup to start the new NFL regular season.

The Browns have lots of talent and they were pretty good last year. The team has made key signings and additions through the draft, making the roster even better. On the other side, we have the Chiefs, a team that has made two straight Super Bowls. Kansas City is currently number one in many NFL Rankings, which is not surprising at all since the offense is loaded with talent. The Chiefs are expected to be in the playoffs for another run but the Browns look really really good. Will they be even better than last year? Will the Chiefs return to the Super Bowl?

Chiefs vs. Ravens is a matchup we’ve seen before. The wins have mostly gone to the Chiefs but this is still a must watch. Jackson and his offense make things pretty interesting every game. On the other side, we have Mahomes, who has been one of the top QBs since he took the starting position in his second year. This is probably the best matchup of Week 2. A tough start for the Chiefs since they will be playing two teams that are expected to make the playoffs. But sports fans can’t wait to see what happens.

Tom Brady will be playing the New England Patriots in Week 4. This is very interesting due to the fact that Brady was the Patriots QB for many many years. He won many Super Bowls with that team and coach. Some thought they would never see Brady in another jersey. But last year, he made a surprising move to the Buccaneers, which paid off since he won another Super Bowl. Tom Brady has won against every NFL team except for the Patriots since he has never played them. Week 4 will be his chance to have wins against all NFL teams. But it won’t be easy, the Patriots have made big moves so far. They not only signed several free agents but also made key additions through the draft. The Patriots are expected to be in the race for the AFC East title. Week 4 isn’t a division game but it will be very interesting to watch because of the return of Tom Brady. 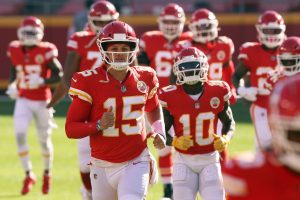 Chiefs and Packers will battle in what’s probably the best matchup of Week 9. Rodgers and Mahomes. Two of the best QBs in the league in what could be a Super Bowl preview. This matchup could be different if things don’t change though. Reports say Rodgers wants out of the team but a move could be very complicated right now. If Rodgers stays, this will be a great matchup.

Portugal is the current Euro champion but the team will have a tough task in the group stage since Germany always has a roster loaded with talent. Portugal’s team is also a good one, with young stars such as Silva, Felix, Fernandes, and Dias. We also can’t forget their legend, Cristiano Ronaldo, who remains a high scorer.

France and Portugal are not only candidates to win it all but they also met in the last Euro final. Portugal won that one but things have not been bad for France. The team is coming off a World Cup win in 2018. The roster will also be getting another goal scorer after the call up of Benzema, who has not played for France since 2015.

Germany vs. France is probably the best matchup of the Euro 2020 group stage. We have two recent World Cup winners and both teams are favorites to win it all. This group is actually all interesting since Portugal and Hungary are also in there.

England has a bunch of talented young players that could be very crucial in the upcoming tournament. Croatia is coming off a World Cup final appearance just three years ago. This one is a nice matchup and likely one that decides the group.

Argentina vs. Chile is one of those matches that many people still want to watch. Not too long ago, these two teams met in two straight Copa America finals. Chile won both and while the rosters are now very different, many will likely tune in to watch another battle between these two South American giants.

Uruguay vs. Argentina is a classic, they have met in Copa Americas, World Cups, and other tournaments. The two are candidates to win the tournament this year and Argentina will be playing at home since they are currently the host. The situation with the tournament is still unclear after co-host Colombia was taken out by CONMEBOL. But plans currently have the tournament still taking place this year. 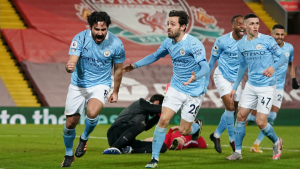 Liverpool and Manchester City have a bit of a history over the last three EPL campaigns. City have won a couple of titles while Liverpool won it last year after an amazing season. The two have also met in the Champions League, where Liverpool took a big lead and later held on to advance. Manchester City is now the new EPL champion but we can’t forget about Liverpool, especially if the team is at 100 percent.

Chelsea did not have the greatest start to the EPL while Liverpool started struggling midway through. But this is a matchup that will likely be a fun one to watch since they are both loaded with talent. Liverpool will likely have all of its stars back in action while Chelsea already have a team that is competing in some of Europe’s top competitions. Chelsea vs. Liverpool will probably be the best matchup of the matchday.

Manchester United will look to have the same success they had in the most recent EPL campaign. But Liverpool could be back to the old Liverpool if all the top players are healthy. Liverpool struggled this season but injuries were a big part of that. The team even came close to losing a Champions League spot. But they bounced back just in time to be back to the famous tournament, which they won two seasons ago. This one will be interesting to watch.

Real Madrid and Barcelona didn’t win much titles this season but this matchup is a must watch no matter what. Reports say Messi will be staying with the club, which means he will be in the next El Clasico. On the other side, Real Madrid are rumored to be working on improving the roster. The transfer rumors are all over the place but one name that has been going around is Mbappe. The French superstar has been linked with the club for a while but any sort of move will have to come with a record setting agreement since he is one of the best players.

Bayern Munich has won the recent matchups against Borussia Dortmund. But that doesn’t mean it’s not a must watch. Dortmund have plenty of talent to compete for the top positions while Bayern will be looking for another title. If Dortmund’s roster remains about the same, it should be an interesting league race.