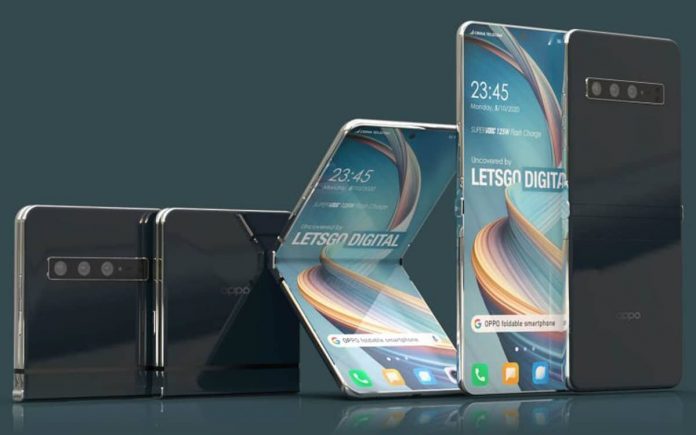 Foldable phones are still new and when it comes to clamshell designs, there isn’t much options to choose from. Some of the current options are the two versions of the Motorola Razr and the Samsung Galaxy Z Flip. But things could change soon, according to a report.

Information from leakster Machine Arsen on Weibo claims that Oppo is working on a foldable phone. The phone is said to measure close to two inches when closed and seven inches when unfolded.

This isn’t a big surprise since Oppo has been one of the companies rumored to be working on a foldable device. The report from the leakster does point to the phone being a competitor to the Galaxy Z Flip and Razr. But Oppo has appeared in many rumors when it comes to foldable phones so the idea of other devices can’t be ruled out.

The Oppo foldable phone does not have a release date or official specs yet. But its competition is expected to launch new devices in the near future. Samsung has already released several foldable phones and Motorola currently offers an upgraded version of its Razr phone.

Oppo Is One of Many

Oppo is just one of many companies rumored to be working on a foldable phone. In recent months, there have been rumors of Xiaomi, Apple, and a few others releasing their own foldable devices.

The clamshell foldable phones aren’t in the affordable category but if Oppo is looking to compete with Samsung and Motorola, it will have to release a phone with a similar price. The recent clamshell phones from the two companies have arrived at prices somewhere between $1,300 and $1,600, a few hundred lower than the foldables with a different design.

Are you waiting for an Oppo foldable phone? Let us know in the comments.