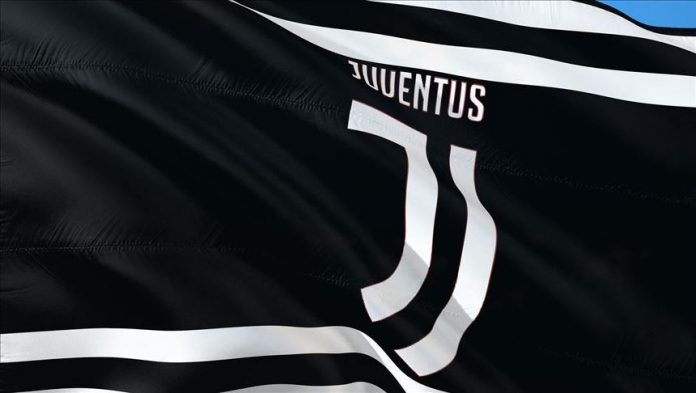 The Super League basically collapsed just a couple of days after it was announced. But the situation involving its teams continues, with Italian club Juventus now in the news. The club is one of 12 teams that were announced for the league, which featured some of the top teams in Europe.

Reports say Juventus, along with Barcelona and Real Madrid, have yet to withdraw from the Super League. Teams began announcing their plans to remain with their current leagues and tournaments a few weeks ago. Here’s what Italian Federation President Gabriele Gravina said about the Juventus situation (from BBC Sport):

“If Juventus does not respect the rules they will be out.

“At the time of registration for the next Serie A championship the club will be excluded if they decide not to withdraw from the Super League.”

“We are all a bit tired of this tug-of-war between Uefa and these three clubs,” said Gravina. “I hope this dispute can be resolved as soon as possible. I hope to be able to mediate between Juventus and Uefa.

“The rules foresee the non-participation in our championship if the principles established by the federation and Uefa are not accepted.

“It’s not good for international football, Italian football, Juventus. We have already said that the football association respects the rules.”

Pressure continues to mount for the teams that have yet to announce their withdrawal. The comments from the Italian Federation official mean that the club would be left out of the league next season.

Juventus won nine straight league titles before Inter Milan became champions this year. It is the first time since the 2009 – 10 season that Inter Milan captures the Serie A title. Juventus have struggled this year and are at risk of missing the Champions League if things don’t go well the rest of the campaign.

The disappointing season for the club has sparked a number of rumors in recent days. One of them is if Ronaldo will remain with the club. The Juventus star has played in the Champions League for most of his career and is one of the big winners in recent years. Ronaldo has not won the famous tournament with Juventus but left Real Madrid after winning three straight. Recent rumors have linked him to a move to Manchester United and other clubs that could compete for the Champions League title next season. Juventus is one point back from the last Champions League spot, which is currently held by Napoli. The club has three league games left, including one against new champion Inter Milan.

A couple of days ago, the three remaining teams defended the new tournament.

“The founding clubs have suffered,” a Real, Barca and Juve statement said.

The three clubs say they have faced “unacceptable third-party pressures [and] threats… to abandon the project”, which they feel is an effort to have them “desist from their right and duty to provide solutions to the football ecosystem via concrete proposals and constructive dialogue”.

The withdrawal from the English clubs was a huge blow for the Super League. Arsenal, Liverpool, Chelsea, Manchester City, Tottenham Hotspur, Manchester United, Atletico Madrid, Inter Milan, and AC Milan are the clubs that have decided to skip on the plans.

Consequences Were Mentioned Weeks Back

“Everyone has to take consequences for what they did and we cannot pretend nothing happened. You cannot do something like that and just say: ‘I’ve been punished because everybody hates me.’ They don’t have problems because of anyone else but themselves. It’s not OK what they did and we will see in next few days what we have to do.”

“But for me it’s a clear difference between the English clubs and the other six. They pulled out first, they admitted they made a mistake. You have to have some greatness to say: ‘I was wrong.’ For me there are three groups of this 12 — the English Six, who went out first, then the other three [Atletico Madrid, AC Milan, Inter] after them and then the ones who feel that Earth is flat and they think the Super League still exists [Barcelona, Real Madrid and Juventus]. And there is a big difference between those. But everyone will be held responsible. In what way, we will see.

“I don’t want to say disciplinary process but it has to be clear that everyone has to be held responsible in a different way. Is it disciplinary? Is it the decision of the executive committee? We will see. It’s too early to say.”

One of the officials who continues to support the new tournament is Real Madrid President Florentino Perez, who continued to speak about the plans even after several clubs had left. Here’s what he said to AS a couple of weeks ago:

“I’m not going to take my time to explain what a binding contract is here. But the fact is, the clubs can’t leave,” he said. “Some, because of the pressure, have had to say they’ll leave. But this project, or something very similar, will happen, and I hope it’s in the near future.”

“Not long at all, and what’s more, the teams will have to sell their best players and it’ll be less and less interesting,” he told the AS official. “The pandemic is not just what we’ve suffered so far, but the economic effects it will cause.”

UEFA recently voted on an expansion of the Champions League that will begin in a few seasons. The famous tournament was going on when the Super League announcement was drawing protests around the world. The semi-final featured three teams that were announced for the Super League. Two of those teams are now in the final, Manchester City and Chelsea. They were among the first group to leave the Super League.