WWE Hell in a Cell 2021 – Predicting the Match Card 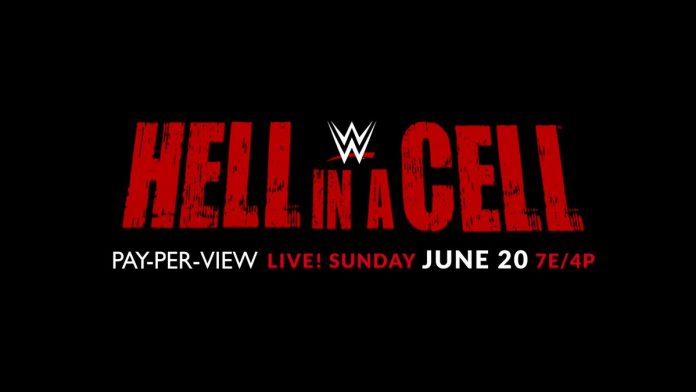 WWE has announced that its Hell in a Cell event will be taking place in late June. That means the PPV is a little over a month away from happening and no matches have been set. The company is coming off the WWE Backlash event where several superstars defended their titles while others became first time champions. WWE Hell in a Cell 2021 is a few weeks away but we’re going to try to predict every match card with how things are at the moment:

Cesaro was defeated by Roman Reigns in the latest event and it now seems like he will have to fight for another opportunity. Cesaro’s win at WM has come with some problems, 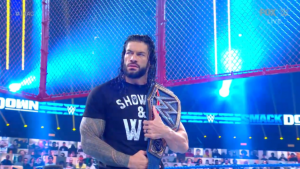 with Seth Rollins now going after him. The latest episode of SmackDown did make a lot of us wonder if Rollins is getting involved to earn a title opportunity himself. We saw him step up to Reigns only to go after Cesaro.

A Hell in a Cell match between the two makes sense. The winner would get a title opportunity against Reigns, who has been unstoppable since he won the WWE Universal Championship.

Kofi Kingston is coming off a shocking win against Lashley. The former WWE Champion has people thinking about another run, similar to the one he had against Daniel Bryan a few years back. Drew McIntyre has also been in the mix but the former WWE Champion has faced Lashley a couple of times recently. Kofi Kingston as the next challenger makes sense to give the McIntyre – Lashley feud a break.

Rhea Ripley has faced Charlotte before but it looks like their feud might continue at the event. Asuka has also been involved but it looks like Charlotte, who recently made a move to the Raw roster, will be the one to get the title opportunity.

Rey and Dominik Mysterio vs. Roode and Ziggler

Jey Uso had some crazy battles against Roman Reigns when he first became the WWE Universal Champion. But Roman Reigns came out on top and Jey has become a bodyguard figure to the WWE Universal Champion. Now, Jimmy Uso has returned to the mix after being out for some time. Jey and Reigns expected Jimmy to be on their side but things have not gone as planned. Jimmy has made it clear that he does not plan to follow Reigns and has instead cost them a few matches along the way. Jey and Jimmy have been tag team champions a number of times in the past so there could be some sort of match where the winner decides what happens next. Will they head back to the tag team division or will they support Reigns in his run?

WWE Hell in a Cell 2021 could be quite interesting due to all the feuds that are currently going on. But we’ll have to wait for the next WWE Raw and SmackDown episodes to see what’s really going to happen.

We recently saw Big E, Sami Zayn, and Kevin Owens interfere in the celebration that Apollo Crews was holding for Commander Azeez. Big E previously held the title but his opportunity was ruined by the interference of Azeez. The former New Day member appears to be in the mix but the appearance of Sami Zayn and Kevin Owens could make the feud even bigger. A battle between the four would be a good one to watch at HIAC 2021.