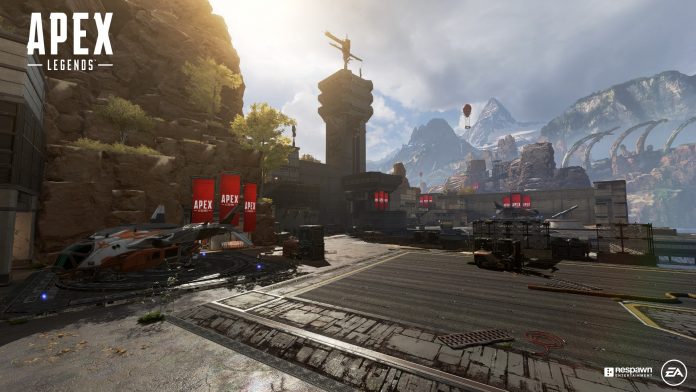 DDosing has become a big problem on the ranked side of Apex Legends. The problem has become so bad that some players expect to be disconnected at some point during the match. Players are getting tired of cheaters ruining the ranked matches but there are a few that do everything they can to get them back.

A few days ago, the Apex Legends team confirmed that it was looking at ways to solve the problem and revealed that it was releasing an update. But some players are taking matters into their own hands.

The DDosing problem leaves every player in the lobby disconnected but still in the match. That means the cheater can go around eliminating players without a fight. This gives them an easy way to rank up without having to deal with the loss of points. Those who are playing fairly and are disconnected can try to come back into the match. But most of the time, it doesn’t work since the ring has eliminated them or the cheater has come and picked up easy eliminations on them.

A team that got disconnected was able to come back and set up a trap for the cheater. A thread on the Apex Legends subreddit caught the attention of many users because it shows a video of the team patiently waiting to get its revenge on what seems to be the cheater that disconnected the entire lobby.

The team is sitting in a building and not moving to avoid being spotted as players that returned to the match. The person suspected of cheating is using Bloodhound to scan for players that have been disconnected. The team stands still until the Bloodhound comes up from the zipline. They then team up to eliminate the player suspected of disconnecting the lobby.

This is the ultimate revenge for players who are tired of being disconnected in Apex Legends ranked matches. Respawn is already looking at the issue but it seems like the problem continues, especially in the higher ranked lobbies.

This team is not the first to get revenge on what we think is the people disconnecting the lobbies. A few days ago, a different thread in the same section showed a player waiting to ambush the suspected cheater. That thread also caught the attention of users since this rarely happens because the cheater has plenty of time to look around before people can get back to the match.

Apex Legends is currently in Season 9 and players are hoping that Respawn can slow down the cheaters disconnecting the lobbies. Ranked is entering a new split and many players are looking to get back to the mode.

Have you been affected by this problem? Are you planning to play Ranked in the new split? Let us know in the comments.