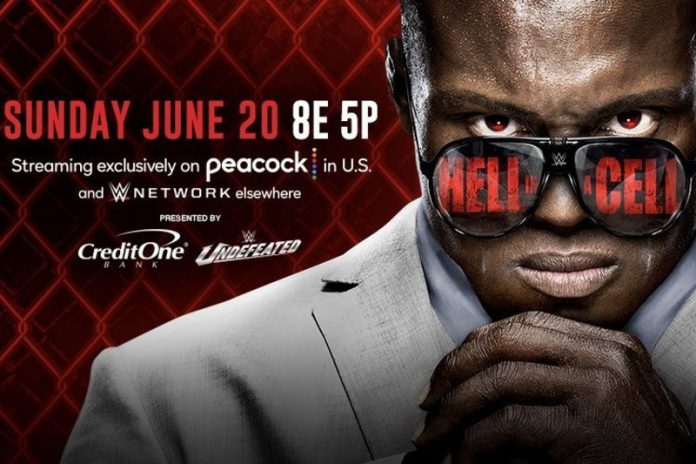 WWE Hell in a Cell took place last night with several title matches. The event, which featured a number of matches inside Hell in a Cell, didn’t leave us with many surprises. Here are the results and more on Sunday’s event:

The kickoff show featured a match between Mandy Rose and Natalya. The women’s tag team champion won a short match with the sharpshooter.

The result of the match was probably something that many didn’t expect. Yes, Natalya and Tamina are the tag team champions. But many were waiting for a win by Mandy so they would get a title opportunity. Mandy’s loss leaves the team without a real opportunity to go for the tag team titles, unless they get a rematch in the near future. Mandy and Brooke have recently had a mini feud with the tag team champions and we’re all now wondering what’s next.

The women’s tag team division doesn’t have many teams after the releases of Riott, Lana, and others. Will a new team challenge the tag team champs or will Brooke and Mandy get another opportunity? 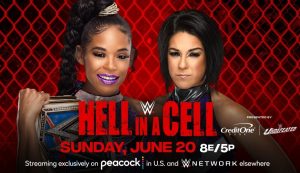 The Hell in a Cell match for the WWE SmackDown Women’s Championship had some crazy moments. The craziest moment for many was the finish, which ended with the use of a ladder. Belair landed her finisher on the ladder for the win.

Bayley was out of the title picture for a bit after losing the title to Sasha. But it wouldn’t be surprising to see her continue a feud with Belair, who became the champion at WM 37.

Seth Rollins finally got some payback on Cesaro after a few losses in recent months. The former WWE Universal Champion lost one of the matches to Cesaro at WM 37. Cesaro has gained some momentum in recent weeks. But Rollins has continued to interfere, attacking Cesaro and doing whatever he can to get in his head.

The finish to the match didn’t give Rollins a dominating win. We expect this feud to continue since Cesaro has picked up a couple of wins on Rollins in recent weeks. Rollins will probably celebrate this win but will be reminded by Cesaro that he has lost to him. This whole storyline could push Cesaro back in the title race too. But we also expect Rollins to get in the race.

Bobby Lashley and Drew McIntyre faced each other again, this time inside Hell in a Cell. The match had some crazy spots and several tables were broken. The WWE Champion did get some help when MVP managed to get in the cell. The Hurt Business manager did enough to help out the champion. The finish actually came down to him interfering and distracting McIntyre long enough for Lashley to get the pin.

The feud between these two now seems to be over. McIntyre can no longer challenge for the championship. This means that McIntyre has two options right now, challenge for the title when Lashley loses or win the Money in the Bank briefcase. It will be interesting to see who steps up to challenge Lashley since he has dominated so far.

Charlotte Flair is the winner of this match but is not the champion. This because she won by DQ, which means the champion remains champion despite losing. The match, which lasted close to 15 minutes, saw some good moments and moves from both superstars.

The finish wasn’t really a good one though, Ripley was disqualified after using the cover of the announcers table to hit Charlotte.

The feud will likely continue since there wasn’t a win from Ripley. The WWE Raw Women’s Champion hasn’t really faced many other superstars besides Charlotte and Asuka so there doesn’t seem to be anyone else in line, unless the next episodes of WWE Raw plan to change things.

The win was a big one for Zayn since it came by pinfall. We doubt this will be the last time we see them face each other. The two have had a feud for a while now and Zayn will probably celebrate this victory like it was for a championship while Owens will come out and once again continue this.

Zayn’s recent run has been all about WWE conspiracy theories and why it has all held him back. The win is a good one but there is nothing clear on this storyline. Expect more from Zayn vs. Owens, who always have some entertaining battles.

Alexa Bliss won this match, which wasn’t a surprise at all due to what she has been doing recently. Bliss won with a Twisted Bliss in a very short match that saw her laugh off most of the offense that Baszler put up. At one point, we saw that strange sequence where Bliss possesses a person. But it wasn’t with Baszler, it was with Jax, who was with Reginald watching the match ringside. We saw that recently in an episode of WWE Raw when Bliss possessed Reginald for a few seconds.

The storyline between Baszler and Bliss will likely continue. We also wouldn’t be surprised to see Jax and Reginald get more involved. It seems like Bliss has discovered new powers and will probably use them. We’re also interested to see what will happen with The Fiend, who we last saw at WM 37.

SmackDown’s Hell in a Cell Match

Two superstars we didn’t see at Hell in a Cell (2021) were WWE Universal Champion Roman Reigns and SmackDown Tag Team Champion Rey Mysterio. The two actually had a Hell in a Cell match during last week’s episode of SmackDown. The match, which was scheduled after Reigns attacked Rey and Dominik, ended with Reigns in another dominating win. Rey had a number of cool spots but many weren’t surprised to see Reigns leave with another victory.

Reigns has defeated Cesaro, Bryan, Edge, Rey, and a few others since becoming the champion. It looks like he will be the champion for a while but don’t be surprised if there’s a new challenger in the near future. Fans are also wondering what’s going to happen with the family, Jey Uso has gone missing since telling both that he was tired of the two. The Usos recently returned to action but could not capture the tag team titles.