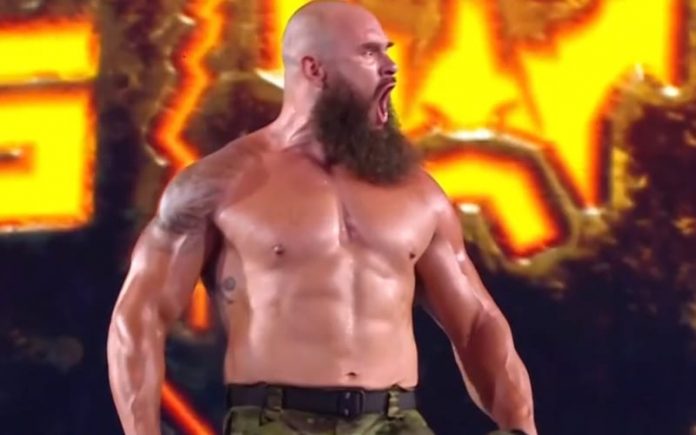 Braun Strowman has not announced where he will compete next but people have spotted something that hints at his return to the company. Strowman, who competed at this year’s WrestleMania, was recently released by the company in what was maybe the most shocking announcement of all the releases so far.

Braun Strowman had just competed at WM 37 when it was announced that several superstars had been released from the company. The announcement was a big shock to many since he is a former WWE Universal Champion and one of the most winning superstars in recent years. The wave of releases also included other superstars such as Aleister Black and Samoa Joe. Aleister Black has already signed with AEW while Samoa Joe is back to the WWE roster as a member of NXT.

Strowman was released in early July along with several other superstars. He is reportedly under a 90-day non-compete clause that ends on the last day of August. WWE SummerSlam is scheduled for next month and the company has brought back some talent in the past, including Zelina Vega and Samoa Joe. It would be great to see Strowman return but the internet does point out that it could be a mistake by the company or them just selling the remaining merchandise.

Where would you like to see Strowman? What is your favorite Strowman match? Let us know in the comments.