Looking Back: One of the Most Disappointing PS Plus Announcements (May 2020) 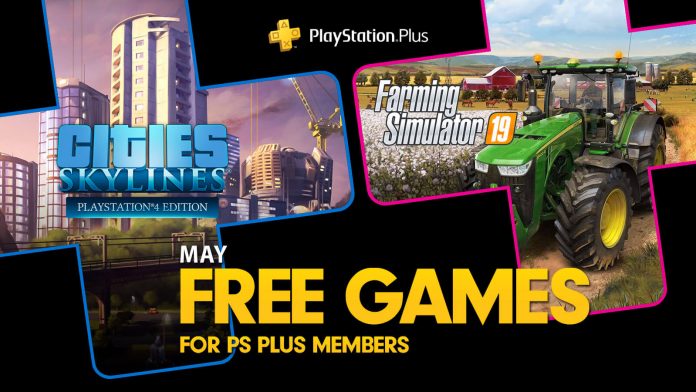 A few days back, we talked about the record setting month in which Fall Guys and Call of Duty Modern Warfare 2 Campaign Remastered were given out as free games for PS Plus. That month was huge for members of the subscription service and many still play those games. The service has had many good months but there have also been some head scratching releases. One of those was the May 2020 lineup, which really had some people complaining on the internet.

The PS Plus May 2020 lineup is considered one of the most disappointing announcements in recent years. The service has had other lineups that users have heavily disliked. But this one came at a time in which many people thought something else would be available. We’ll get to that in just a second.

The free games for the month of May 2020 were Cities: Skylines and Farming Simulator 19. Users immediately expressed their disappointment throughout the internet and it didn’t take long before part of them started to try to get the lineup changed.

Shortly after the announcement, a petition popped up asking the company to change the lineup. Users had expressed their disappointment in the past but it seemed like this time they were really really disappointed. The petition mentions the leak that had surfaced days before.

Leak Days Before the Announcement

The leak said PS Plus May 2020 would feature Dying Light and Dark Souls Remastered. A lot of people were hyped due to the leak but that ended when it was announced that it would be Farming Simulator 19 and Cities: Skylines.

Now, those two games aren’t bad but the leak certainly raised expectations. A parkour zombie game that is quite entertaining and a remastered version of Dark Souls sounded a lot better.

Here is what the petition says:

After the much anticipated leak surrounding Dark souls remastered and Dying light thousands of playstation plus enthusiasts were hyped up, totally pumped and ready for the best PS Plus lineup in a long time, only to be left dumbfounded and Forlorn with what seems like a late April fool’s joke in the form of Farming simulator 19 and some rip-off of Sim city.

Thousands of Playstation Plus subscribers worldwide are stuck in quarantine, trying to do the right thing by staying home and playing games.

Everyone is pumped and ready for some great games under the new ‘Play at home initiative’. But then we get handed ‘sim only’ games.

Please join us and make a change or just add some (non-sim) games. In this time of uncertainty and confusion we could all do with some FUN!.

Do it for all those suffering in isolation. But most of all do it for your loyal PS+ members. Yes, do it for the Playstation Gamers!.

The petition, which is still up on Change.org, has been signed by more than 67,000 people.

Speaking of leaks, the latest PS Plus games were leaked. Several gaming and tech sites reported that the company had accidentally made a post with the games. The post turned out to be true, with PS Plus users getting Tennis World Tour 2, Hunter’s Arena Legends, and Plants vs. Zombies Battle for Neighborville.