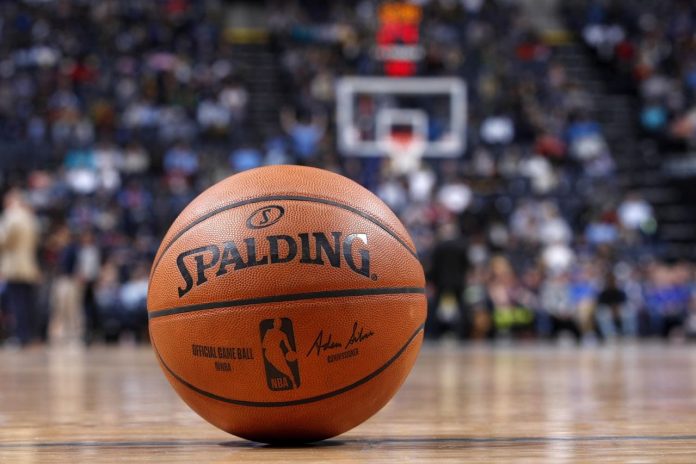 Milwaukee Bucks fans are celebrating their NBA Finals win but the rest of the league is already looking ahead and there are plenty of rumors going around. The rumors were around even before the NBA Finals ended. But they are getting stronger and there is still some basketball around due to the Olympics, which are now taking place after a long delay due to the pandemic. Here are the super early rumors for the next NBA season:

Bradley Beal Thinking About a Trade?

Bradley Beal has been amazing for the Wizards and fans would love to see him on the team for many more years. But the team hasn’t been super successful in the playoffs, despite bringing in Westbrook last year. Now, reports are saying that the Wizards star is considering requesting a trade before the draft. There would be lots of interest for the star but we’re wondering what kind of package the team would receive. We’ve seen some big trades in recent seasons and this would likely require a big offer. Beal is not the only star that might end up in a different team next season if the Wizards decide to move on and start a rebuild.

Russell Westbrook to the Lakers?

Russell Westbrook continues to put up amazing stats every year and now the Lakers are said to be interested in a trade for the point guard. The rumors of a trade are said to come from Bleacher Report and they are not crazy at all since the Lakers appear to be very serious about acquiring a point guard.

The Lakers were eliminated from the playoffs early and now the team appears to be going in a different direction. Several players might be on their way out but there is another problem with the trade, the cap. Clutchpoints reports the team has about $100 million tied up to just four players this season. James and Davis are said to account for $76.5 million of that. Russell has a massive salary so acquiring him will require some thinking by the cap experts.

Chris Paul was huge for the Phoenix Suns this year, helping them get all the way to the NBA Finals. But Paul has a player option and if he chooses to decline it, he will become one of the hottest players out there. The Lakers have popped up as a candidate despite the fact that they will need some serious moves to make the numbers work. The Suns probably want him to stick with the team but he will likely have many options if he decides to test the market.

Is Kawhi Leonard Staying Or Leaving?

Speaking of player options, Kawhi Leonard also has a player option and that means he could test the market. Him leaving the team would put an end to the experiment that only began a couple of seasons ago. The Clippers have been loaded with talent since Kawhi arrived and have made big moves such as trading for George and signing some solid pieces. But recent rumors say Leonard signing with the Clippers is no longer a safe assumption. That’s very scary for the team since they gave up a lot of picks and did everything to get closer to an NBA Championship.

Among the teams said to be interested in the star are the Heat, Mavs, and Knicks. All three would be very interesting. Miami was in the NBA Finals not too long ago and has stars such as Butler and Adebayo. On top of that, they have young talent such as Herro and Robinson. The Mavs would also be really strong with Leonard on their roster. A duo of Doncic and Leonard could really shake things up in the Western Conference. The Knicks have also surfaced and they now seem like an attractive option after a solid regular season that took them to the playoffs.

A Derrick Rose reunion with the Bulls could be a possibility, according to ESPN’s Adrian Wojnarowski. This is what he said (from Bleacher Nation):

“Derrick Rose is another name in Chicago,” Wojnarowski told Zach Lowe during their exclusive YouTube offseason special. “I don’t think he is necessarily at the top of their priority list, but if he doesn’t return to New York, is there a role for Derrick Rose with the Bulls? I just think there are a lot of contingencies all these teams are working through.”

Derrick Rose has played for numerous teams since being traded from the Bulls in 2016. The star point guard averaged 14.9 points in 35 games played. In 2018 and 2019, he averaged 18 and 18.1 points per game for the Timberwolves.

The Knicks are coming off a great season and two players that could be a lot of help are said to be in Miami. They are Nunn and Robinson, who were important to the success of the Heat during the run to the NBA Finals last year. Fansided points to a report from Ian Begley of SNY, who had this to say:

As noted last month, Nunn was among the guards on the Knicks’ radar as they considered their offseason plans. Nunn shot 38.1 percent from beyond the arc on nearly six attempts per game this season and shot it remarkably well in the second half of the season.

The interesting thing with Nunn and Duncan Robinson is that Miami will be forced to make a difficult decision if both players sign big offer sheets. The Heat can – and probably would – match offers to Dunn and Robinson. But bringing both players back on big contracts could hamper Miami’s future flexibility.

(Robinson will probably have plenty of suitors this summer. This isn’t surprising, but Robinson has fans within the Knicks organization.) 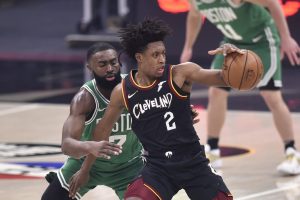 There are reports flying around saying the Cavs are looking to move their stars. The initial reports had rumors such as the Heat trading for Sexton, who was picked eighth overall by the Cavs three years ago. Then there is Love, who was a big piece of the Cavs teams that reached the NBA Finals some years back. Love is closing to turning 33 and the Cavs are rumored to be interested in letting him go to any team. Injuries and the salary will likely keep some teams away but he has been a double double machine in the past and there will probably be a team looking to see if he goes back to those days.

Warriors Out of Ben Simmons Race?

Ben Simmons is coming off a disappointing NBA Playoffs and many teams likely think his value is very low. But the 76ers don’t see it that way at all, according to reports. The Warriors have appeared in the rumors as one of the teams interested in getting another superstar, maybe Simmons or another star that a team is looking to move. Golden State currently have Green, Thompson and Curry but another superstar would probably put this team right back in the race for an NBA Finals next season. There is one problem with a move for Simmons though.

The 76ers reportedly want a massive haul, including an All-Star-level player. The Warriors have no interest in trading any of the players mentioned above. The only name is Wiggins and that depends if the Sixers view him as an All-Star level player. Wiggins has had a pretty solid career so far but he has not been named an All-Star.

Rumors have also put the Warriors as a candidate for Beal. That could be quite interesting if the team somehow keeps all three. Imagine Beal on that team, which is already good when all three are healthy.