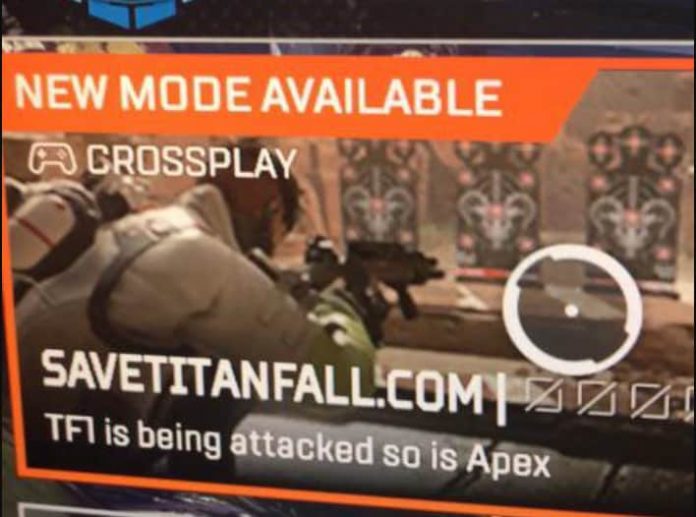 Sunday’s hack on battle royale game Apex Legends is now resolved and the game is working fine. But a Respawn Entertainment dev has given more information on the situation and the hack.

Ryan Rigney, Director of Communications at the game developer, made a couple of tweets about it. One of the tweets, which was posted seven hours ago, had this to say:

The team has never stopped working on DDoS solutions, and anti-cheat is just a never-ending war of whack-a-mole. On the DDoS front, we WILL solve this. When we do, I promise you it won’t be because hackers “made us aware” by ruining a holiday. They achieved nothing of value.

The dev also talked about Sunday’s attack on a tweet before that. The battle royale game, which is getting close to the end of Season 9, was surrounded by criticism and issues on Sunday, when players found that a hacker or hackers had taken over the playlist and pretty much locked everything.

Sunday’s attack left most of the players without a chance of playing the game. Several Apex posters on reddit made threads on how to join a match, with some claiming that the method was working for one or two matches only.

Respawn kept players updated as they were working on a fix, which came hours later. The modes went back up and many were able to play the game on Sunday night. The hack is believed to have been planned as it came during 4th of July, a day in which most of the team was said to be celebrating and enjoying time with their family.

Apex Legends players were not happy with the hack and immediately took the official Apex subreddit to complain and point out several issues with the game. Titanfall and Apex players also made several threads on the sections to speak about what was happening.

The whole hack appears to have been focused on Titanfall, an old release that continues to have popularity among gamers around the world. The video game is reportedly plagued by issues and hackers. Sunday’s attack had a message that many immediately noticed, Save Titanfall.

The message, which was a pop up and also displayed on the playlists box, was really the only sign of a hack for players. The messages were removed when the modes were back to normal.

The Respawn dev also addressed the whole situation with the DDoSing on the same tweet. DDoSing has been a huge problem for the battle royale game and while the team has already taken some steps to prevent stuff like that from happening, there are reports of players still doing this.

The issue appears to be mostly plaguing the Ranked side of the game. In recent months, reddit users have posted all kinds of videos of high ranked matches being disconnected by one or several players. Streamers and pro players have also captured the moment in which matches are disconnected by a player or group. Ranked, one of the few modes available in the game, allows players to earn points and advance through the rankings. But the DDoSing has made the experience a frustrating one since players are disconnected from the match and the person cheating returns to the game to eliminate the players trying to get back in.